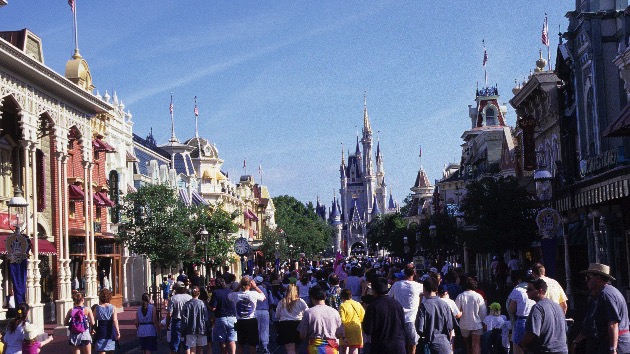 (NEW YORK) — Visitors to Disney World and Disneyland will soon no longer be able to smoke inside the theme parks.The new rule will go into effect on May 1.“Smoking areas will no longer be present inside Walt Disney World or Disneyland theme parks, water parks, ESPN Wide World of Sports Complex or Downtown Disney District in California,” Disney announced Thursday.The parks will have designated smoking areas located outside the entrances. Smoking areas are also available at Disney Resort hotels, according to a Disney Parks blog post.Walt Disney World theme parks, water parks, ESPN Wide World of Sports Complex and Disney resort hotels were already smoke-free environments. This new rule eliminates the designated smoking areas inside the properties.In addition to the smoking ban, Disney also announced a change to its policy on strollers. Stroller wagons will not be permitted inside parks and strollers must be no larger than 31 inches wide and 52 inches long.Those changes will also go into effect on May 1.”The good news – many strollers on the market, including many double jogging strollers, fit within these size guidelines,” a Disney spokeswoman wrote in the blog post announcing the changes.The Walt Disney Company is the parent company of ABC News.Copyright © 2019, ABC Radio. All rights reserved.