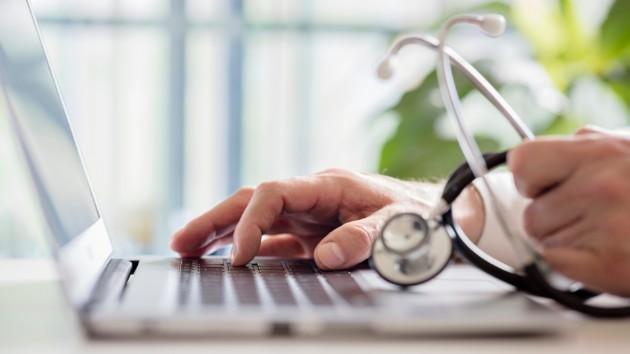 (NEW YORK) — Robots with artificial intelligence (AI) might have once seemed like an idea only possible in science fiction, but as technology advances, chances are they will become more common. One such robot, for example, spoke to members of the United Kingdom Parliament last year about caring for the elderly.More recently, researchers at the University of Nottingham in the UK developed what’s known as a “machine learning algorithm” — think about it as a robot brain — capable of learning from reams of data and then making predictions based on the data. In a new study, the algorithm was able to predict the risk of premature death in a group of middle aged people with better accuracy than a human with statistical models. The AI also took a fraction of the usual time to do so. “The inspiration for the work was an algorithm we developed predicting heart attacks, which actually outperformed the clinical guidelines from the American College of Cardiology,” lead author Dr. Stephen F. Weng, assistant professor of epidemiology and data science at the University of Nottingham, told ABC News. “We wanted to see how applicable these algorithms are to more complex situations.”The researchers looked to the UK BioBank for data on more than half a million middle aged people from across the country. They then followed the study subjects’ health for at least six years. They looked at 60 baseline variables, including gender, age, smoking status, biometric data — like blood pressure and body mass index — the types of food they ate, the medications they took and any underlying diseases.They created four predictive models for 75 percent of the population — two were traditional mathematical models and the other two were machine learning algorithms. They then tested the results of those models on the remaining quarter of the study population to see which ones worked better. The machine learning models were more accurate at predicting death, they found.So, will a computer be your doctor next year? Experts say no.“There is so much rich data available to be analyzed, sometimes too much for humans to consume,” said Dr. Keith J. Dreyer, vice chairman of radiology and chief data science officer at Partners Healthcare and associate professor of radiology at Harvard Medical School.One issue: whenever we are dealing with large amounts of data from a single population, there are inherent biases. With this study in particular, the group was relatively privileged — they were more likely to be employed and more likely to own a home or car, for example — than the average UK population. Because of these inherent biases, “it is important to keep humans in the loop,” Dreyer said.“At this point in time, machine learning can augment human intelligence, rather than replace it,” he said. “There is no doubt that artificial intelligence will increasingly be an adjunct to clinical decision-making in the future.”Weng hopes that in the future, the algorithm his group developed can be incorporated into electronic health records and continue to be studied. It could potentially alert doctors to patients who may be at high risk for certain conditions.“But like anything in medicine,” he cautioned, “we have to be careful the benefits outweigh the potential harms, the same way we would assess a new medication or surgery.” Copyright © 2019, ABC Radio. All rights reserved.