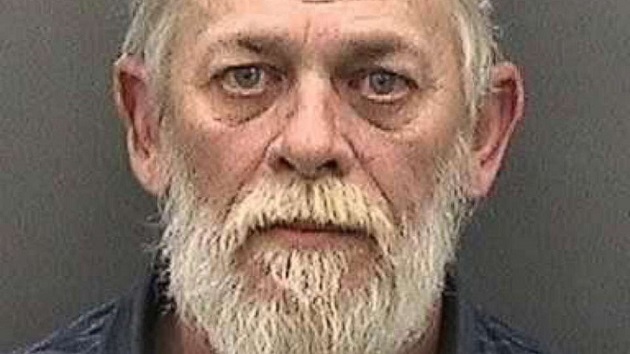 (TAMPA, Fla.) — Police arrested a 55-year-old man on Tuesday for allegedly placing a spy camera in a family’s home and watching them for at least a year, authorities said.Terry Sumner allegedly told deputies with the Hillsborough County Sheriff’s Office in central Florida that he installed a camera into a wall outlet in the family’s living room that allowed him to spy on a friend and her family, according to the office. The case came to light on March 5 when a woman, who described Sumner as a family friend with access to her passwords, found the hidden camera and discovered that it was linked to her home’s Wi-Fi service. She eventually turned the device over to police, who linked it to Sumner.Sumner allegedly admitted to spying on the family through a hidden camera and a smartphone app, police said.Investigators executed a search warrant for Sumner’s home on Tuesday and found “numerous pictures of child pornography” in his mobile phone, the office said in a statement. The victims in the photos were under the age of 11 and they were known to Sumner, according to the statement.”He admitted to placing the spy camera in the victim’s home and to having the camera there for approximately one year,” the Hillsborough County Sheriff’s Office said in a statement. “Sumner explained that there was a smartphone application on his phone that he would use to watch, listen and record activity in the victim’s home through a live feed.”Sumner was arrested and charged with one count interception of wire, oral or electronic communications, 24 counts of possession child pornography, 24 counts of manufacturing child pornography, one count of lewd and lascivious molestation force or enticing, one count of lewd and lascivious exhibition and one count of capital sexual battery, court records show.He was being held on a $987,500 bond as of late Wednesday. It’s unclear if he has obtained an attorney. Copyright © 2019, ABC Radio. All rights reserved.

Coronavirus live updates: California calls for pausing use of Moderna vaccine lot
At least 21 states activating National Guard troops in capitals to prepare for possible attacks
Liv Tyler describes her “terrifying” battle with COVID-19
Damaging winds expected in California, heavy snow for the Rockies and Eastern Great Lakes
“I’d be up for that!” Liam Neeson wants to re-join the ‘Star Wars’ universe with Disney+’s ‘Obi-Wan Kenobi’ show
‘WandaVision’ star Paul Bettany on his father’s struggle to come out of the closet