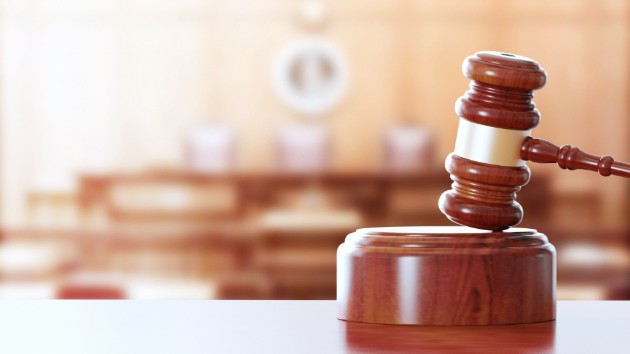 (CHARLOTTESVILLE, Va.) — The man accused of running his car into a crowd of counterprotesters during a white supremacist rally in Charlottesville, Virginia has now changed his plea in a move that is seen to be an effort to avoid the death penalty.James Alex Fields Jr., 21, appeared in federal court Wednesday for a change of plea hearing where he changed his plea from not guilty to guilty. By changing his plea to guilty, it takes the possibility of receiving the death penalty off the table, according ABC affiliate station WHSV-TV.Fields admitted during the hearing that he violated federal hate crime laws when he targeted the group.This comes in connection to 29 federal hate crimes charges that Fields faces, which he initially pleaded not guilty to in July 2018.Of those 29 charges, one is a count of a hate crime act that resulted in the death of Heather Heyer and the other 28 are hate crime acts that caused bodily injury and an attempt to kill people within a crowd. Each count carries a maximum penalty of life in prison and a fine of up to $250,000, according to a statement from the Department of Justice.”In the aftermath of the mass murder in New Zealand earlier this month, we are reminded that a diverse and pluralistic community such as ours can have zero tolerance for violence on the basis of race, religion, or association with people of other races and religions,” Attorney General William Barr said in the Department of Justice statement.”Prosecuting hate crimes is a priority for me as Attorney General. The defendant in this case has plead guilty to 29 hate crimes which he committed by driving his car into a crowd of protesters. These hate crimes are also acts of domestic terrorism,” Barr said in the statement.Thomas Cullen, the U.S. attorney for the U.S. District Court for the Western District of Virginia, also called Field’s actions a “hate-inspired act of domestic terrorism.”In addition to the federal charges, Fields was found guilty in state court in connection to the death of Heyer, a counterprotester who was killed after Fields drove his car into the crowd, as well as injuring dozens of others at the scene of the Aug. 12, 2017, rally.A week before the federal change of plea hearing, Barr wrote a letter to Cullen and Eric Dreiband, the assistant attorney general in the Civil Rights Division of the Justice Department, recommending that they not seek the death penalty for Fields if he changed his plea.”You are authorized and directed not to seek the death penalty against James Alex Fields, Jr. conditioned on his entering into a plea agreement in accordance with the terms delineated in your March 19, 2019 memorandum,” the letter, dated March 22 and filed in court Wednesday, reads.At a press conference Wednesday, Cullen told reporters that after reaching a plea deal, he thinks this is “an appropriate outcome in this case.”“In our view, given all the facts and circumstances, we believed life imprisonment or the potential life imprisonment was an acceptable result,” Cullen said. “We also believe it vindicated our interests in protecting the civil rights of those victims on Fourth and Water Street, and we also believe it vindicated, to the extent you can ever vindicate, the tragic loss of life with respect to Heather Heyer.”He also said that the victims of the August attack were consulted “throughout the death penalty review process.”“We talked to them at every step along the way,” he said, before adding, “We were prepared to go to trial, no matter what the AG ultimately decided and hopefully we would have gotten a conviction. But there’s no question a result like this we feel like achieves a good balance between protecting our victims, vindicating important federal interests, and getting a meaningful sentence.”Fields will be sentenced in federal court on July 3.Copyright © 2019, ABC Radio. All rights reserved.