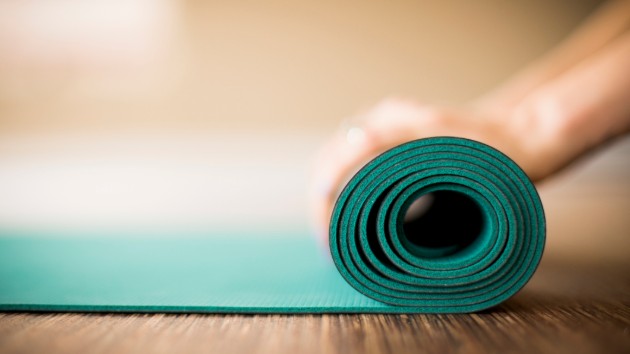 (NEW YORK) — A yoga enthusiast with a massive Instagram following opened up about about her harrowing medical scare after pushing herself too far doing advanced yoga poses. In 2017, Rebecca Leigh shared a photo of herself in the hospital to her more than 26,000 Instagram followers, revealing that she had a stroke after tearing an artery in her neck while practicing headstands and handstands. “I never in a billion years thought I would have a stroke at my age, let alone from doing yoga,” she wrote. “Please don’t think I am bashing yoga, I promise I’m not … But the days of crazy headstands or inversions are over.””No pose or picture is worth what I have been going through. Don’t be so tempted to push over your limits,” she added. “I am living proof that it’s not worth it.”In a new interview with media outlet SWNS, Leigh said she’d suffered from neck pain and migraines in the past but knew this was a different type of pain.”It was terrifying,” she said. “It was like a curtain coming down all around me…my pupils were different sizes…I knew something was very, very wrong.” At the emergency room, an MRI scan revealed the shocking news. Leigh said she couldn’t believe “someone my age, in my health, could have a stroke.”Stroke is the fifth leading cause of death in the United States, according to the U.S. Centers for Disease Control and Prevention (CDC). Thirty-four percent of people hospitalized for stroke in 2009, the most recent data available, were under age 65. ABC News’ chief medical correspondent Dr. Jennifer Ashton said there are essentially two types of strokes: strokes caused by bleeding and strokes caused by a clot or a blocked blood vessel. There have been case reports of the bleeding type of strokes caused by heads in extreme angled positions (such as in a sink at a hair salon or during a chiropractic adjustment) but there have also been cases of dislodged clots from big arteries in the neck from similar positions, Ashton said.No matter what type of stroke, the symptoms don’t differ and are important to look out for, according to Ashton. If you notice face drooping, arm weakness or speech difficulty you should call 911 immediately. When it comes to extenuating neck positions whether with yoga, chiropractors or at the hair salon, Ashton recommends using common sense. Don’t have your neck in extreme angles, don’t have someone vigorously rub your neck over the carotid arteries, and understand that although the risk might be small of stroke or injury — if you don’t do it, the risk is even lower.