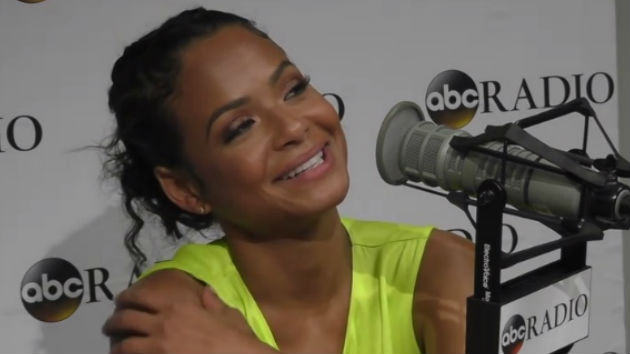 (NEW YORK) — Christina Milian has more in common with her The Oath character Christine Parks than just their similar names. The talented actress and singer tells ABC Radio that she was able to identify with Christine’s tough exterior, partly thanks to her father, who was influential in her upbringing.

“He kind of raised me like a little boy,” Milian says. “So, I like that he raised me in that way and also gave me knowledge and education and stuff like that. And this and Christine Parks is very much the same.”

Milian, who became a series regular in The Oath’s second season, plays a police officer and new inductee of the Ravens, a local cop gang. Milian says preparing for the role wasn’t too much of a stretch since she already shares some of her character’s qualities.

“This character is the more tough side, the stronger more feminine side of who I am,” she explains. “I think naturally as women we nurture instantly. And part of this girl’s nurturing ability is to be strong and to be the head of her family for her and her sister and make sure she’s provided for. So, for me there’s a huge part that has been instilled in me.”