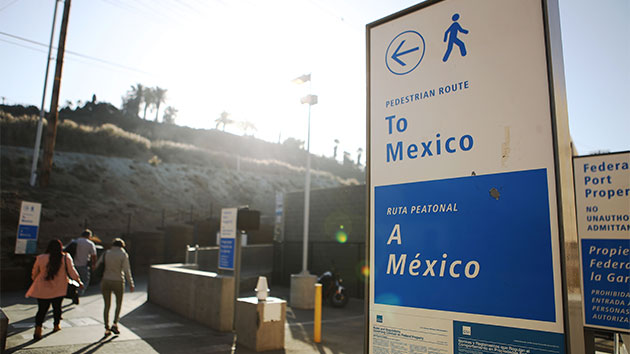 (SAN YSIDRO, Calif) — Federal officials at the Mexico border detained a 9-year-old U.S. citizen for 32 hours without her parents in order “to perform due diligence in confirming her identity and citizenship,” according to a statement released Friday by the U.S. Customs and Border Protection.

The girl’s mother told NBC San Diego that her daughter and son cross the San Ysidro checkpoint daily to attend school. With traffic backed up, a family friend driving the siblings allowed them to walk so they wouldn’t be late, the mother said.

ABC News was unable to reach the family for comment.

Both children carried passport cards, but only the teenage boy was allowed entry into the U.S. while the girl was taken into custody, according to CBP. The agency said the 9-year-old had provided “inconsistent information during her inspection.” She was taken into custody at 10:15 a.m. Monday and released to her mother on Tuesday at 6:30 p.m.

“It’s important that CBP officials positively confirm the identity of a child traveling without a parent or legal guardian,” the CBP stated.

Border officials have come under intense scrutiny especially in San Diego, which has been used as a testing ground for the Trump administration’s “remain in Mexico” policy. First implemented at the San Ysidro port of entry, the new plan requires asylum applicants to return to Mexico while they wait for a court date.

The policy is designed to address the recent influx of Central American asylum seekers at the southern border. It does not apply to Mexican citizens who are allowed to wait in the U.S. while they make their case.