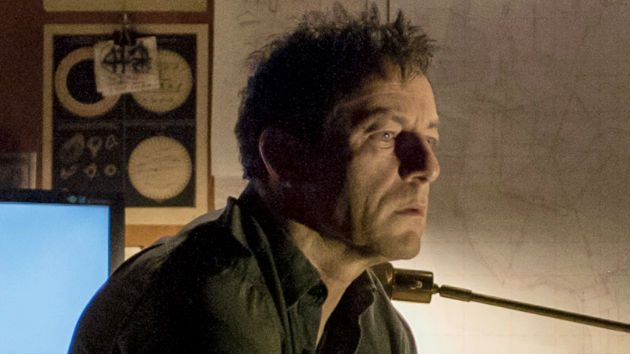 (NEW YORK) — The OA returns to Netflix today for part two of its mind-bending saga.

Jason Isaacs reprises his role as Dr. Hunter “Hap” Percy, the man who held Brit Marling’s Prairie — and others — captive for years.  Hap is obsessed with people like Prairie who’ve had “near-death” experiences, and conducts experiments on them in an attempt to learn how to travel between dimensions.

But while he may have questionable morals, Isaacs wants to make one thing clear: Hap isn’t a “mad scientist.” According to the actor, Hap makes what appear to be “evil” decisions because he believes it’s for the greater good.

“I would just say this to anyone who thinks that: He’s not wrong,” Isaacs tells ABC Radio. “Mad scientists are people who have crazy ideas. He’s right. He may well be able to cure death or do something.”

While he describes this installment of The OA as more of a “film noir,” Isaacs says the show co-creators, Marling and Zal Batmanglij, have a five-season plan for the series all mapped out…and he’s more excited than anyone to see what happens next.

“I might be The OA’s number-one fan,” he says, adding, “It is probably the most fearlessly imaginative story I’ve ever come across. It’s like Zal and Brit…are untouched or untainted by any other story that’s ever been told.”

You’ll be seeing a lot of Isaacs in the next couple of weeks. In addition to The OA, his film Hotel Mumbai opens in limited release today and goes wide on March 29.

Viola Davis discusses the challenge of becoming ‘Ma Rainey’ and the gift of working with Chadwick Boseman
Some NYC students randomly tested for COVID-19 without parents’ consent
A Tuesday deadline for pandemic relief deal but prospects dim
‘The Notebook’ almost starred George Clooney and Paul Newman
Trump dismisses pandemic, rips Fauci as ‘disaster’ in campaign all-staff call
Election 2020: Why voting in the coronavirus pandemic will be unlike any other year