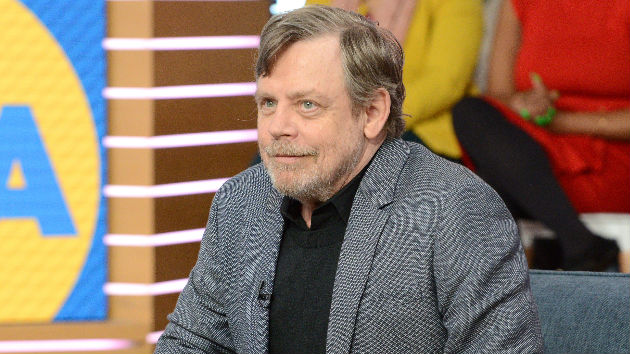 (NEW YORK) — Star Wars fans know that Mark Hamill has been back and forth about director Rian Johnson’s portrayal of  Luke Skywalker in Star Wars: The Last Jedi, but the actor’s upcoming run on the show Knightfall might reignite the debate.

At first, Hamill was vocal that the idealistic moisture farmboy-turned-Jedi Knight and hopeful redeemer of his father Darth Vader could never become who Luke was in Last Jedi: a bitter old man who nearly murdered his nephew in his sleep, and who abandoned his friends and the Jedi Order to live in self-imposed exile.

“He’s not MY Luke Skywalker!” Hamill told The Independent in 2017, giving a voice to many fans who felt the same way.

Hamill quickly apologized for the comments, however.

But now, two years later, some Star Wars fans are eager to see “Luke Skywalker” with sword in hand again — albeit a steel one — in History Channel’s Crusades-set Knightfall.

When ABC Radio told Hamill that some fans were calling it “wish fulfillment” to see him back in action, training a knight in the ways of war, Hamill interrupted, “So actually pro-actively doing something instead of just moping and brooding on an island somewhere? ‘Get off my lawn!"”

Hamill smiled, adding, “Don’t drag me into this, because I’m telling you, the discussion of those movies has become so contentious now that my new motto is: ‘Let the movies speak for themselves."”

“I hope they like it, but I don’t wanna argue if you don’t. Life’s too short,” he laughs.

About December’s Star Wars: Episode IX, Hamill would only say, “We’ll have to wait and see. It’s the climax of the trilogy with the current cast, who to a person are just perfect for their roles. So I’m looking forward to it.”

Generational wealth implications: Black and Latino-owned homes are more likely to be undervalued
Nick Cannon teases possibility of having more children: “My therapist says I should be celibate”
Let’s-a go! Chris Pratt to voice Mario in upcoming ‘Super Mario Bros’ movie
‘The View’ hosts leave mid-show due to testing positive for COVID-19, miss Vice President Harris interview
Gabourey Sidibe shares the special connection she has to her new podcast thriller ‘If I Go Missing the Witches Did It’
Man attempts to storm cockpit, strangles and kicks flight attendant on JetBlue flight