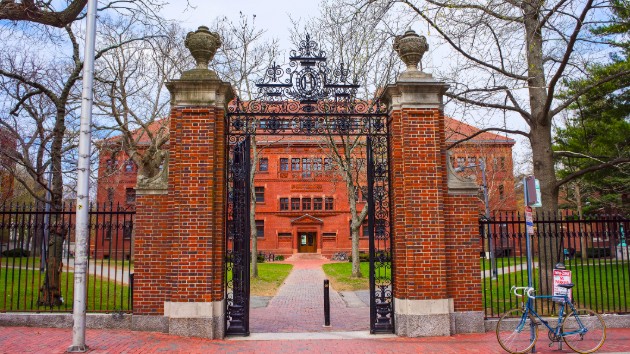 (BOSTON) — A Connecticut woman filed a lawsuit against Harvard University on Wednesday, claiming it has “shamelessly” profited from images of two 19th-century slaves and ignored requests to turn the images over to the slaves’ descendants.Tamara Lanier, of Norwich, Connecticut, said the images depict her family’s ancestors, two South Carolina slaves identified as Renty and his daughter, Delia, who were forced to pose shirtless and photographed by a Harvard professor to support his theory that Africans and African-Americans were inferior to whites, according to the lawsuit.

“For years, Papa Renty’s slave owners profited from his suffering — it’s time for Harvard to stop doing the same thing to our family,” Lanier, who says research proves her to be Renty’s great-great-granddaughter, said in a statement. “Papa Renty was a proud and kind man who, like so many enslaved men, women and children, endured years of unimaginable horrors.” “Harvard’s refusal to honor our family’s history by acknowledging our lineage and its own shameful past is an insult to Papa Renty’s life and memory,” Lanier added.Lanier is seeking an unspecified sum in damages for “wrongful seizure, possession and expropriation,” according to the suit. She is also demanding that the university turn over the photos and acknowledge her lineage.The images were captured by former Harvard professor Louis Agassiz and used “to justify both the ongoing enslavement of black people prior to the Civil War and their segregation afterward,” Lanier’s attorneys said in a statement. “These photographs make it clear that Harvard benefited from slavery then and continues to benefit now,” civil rights attorney Benjamin Crump said in a statement. “We cannot erase the wrongs of the past or the legacies of slavery within higher education, but we can forge a new path of respect, dignity and equality moving forward.”The attorneys said Harvard “celebrated” Agassiz as recently as this year and have never sufficiently repudiated his work. They also accused the Ivy League university of running a “decades-long campaign to sanitize the history of the images” and exploiting them “for prestige and profit,” according to the lawsuit. “To Agassiz, Renty and Delia were nothing more than research specimens,” the suit, filed in Massachusetts state court, says. “The violence of compelling them to participate in a degrading exercise designed to prove their own subhuman status would not have occurred to him, let alone mattered.”Harvard has buildings named after Agassiz, including the Louis Agassiz Museum of Comparative Zoology.When asked to comment on the claims, a Harvard spokesperson said the university “has not yet been served, and with that is in no position to comment on this lawsuit filing.”

NASA to skim the surface of an asteroid and bring a sample home
Rescued hiker was ‘disoriented’ after injuring head, says daughter
Viola Davis discusses the challenge of becoming ‘Ma Rainey’ and the gift of working with Chadwick Boseman
Some NYC students randomly tested for COVID-19 without parents’ consent
A Tuesday deadline for pandemic relief deal but prospects dim
Taraji P Henson confirms her split from fiancé Kelvin Hayden