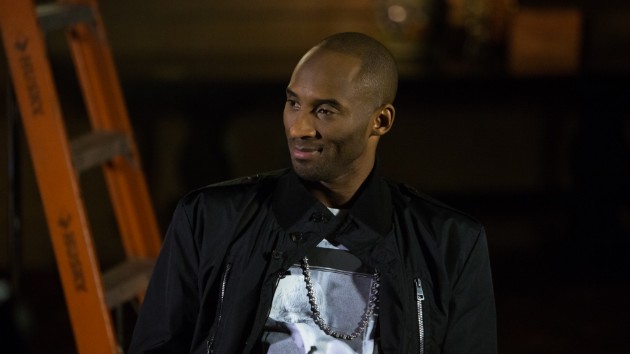 (NEW YORK) — Kobe Bryant has conquered the basketball court, and has successfully taken on the film industry by winning the 2018 Oscar for Best Animated Short Film. Now, the MVP has his eyes set on a brand new venture: children’s books.Bryant has released his first book, a young adult novel titled, The Wizenard Series: Training Camp, which follows a group of young male basketball players and their struggling inner-city basketball team.Kobe tells ABC Radio that the idea for his book came from his love of two things: Harry Potter and basketball.”We’re a big Harry Potter household, but we’re also a big sports household,” Bryant says. “And there wasn’t a story that can combine both of them. That was the original idea behind it.”Although Bryant had award-winning young adult writer Wesley King pen his first project, the former basketball star came up with the characters and its plot. Bryant explains he has an ultimate vision for his new book series.”This project in particular is something that we believe belongs on the stage,” he reveals. “Because of the way it’s set… the kind of the arc of the narrative, we believe it has a better presence on the stage. So, we’ll see how that goes.”Still, Kobe has his sights set on even bigger projects. However, he knows it’s going to be an uphill climb — even after his Oscar win. The basketball champ says he’s not exactly sure what winning an Oscar has done for him beyond giving him some “credibility.””I’m not just a basketball player trying to dabble into something, but inevitably you still get that a lot,” he says. “Like when I say, “OK, I’m coming out with a novel… I kind of get the eye roll a little bit still.”Copyright © 2019, ABC Radio. All rights reserved.