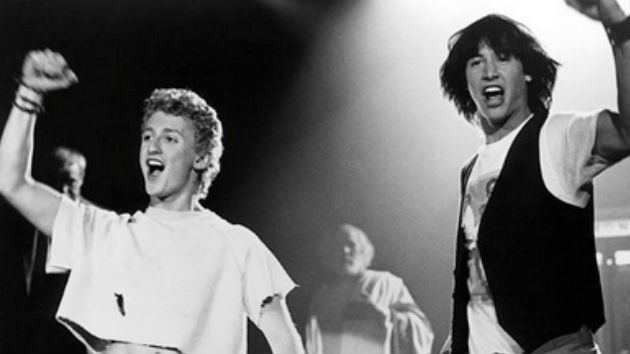 That’s right, Keanu Reeves’ Ted “Theodore” Logan, Esq. and Alex Winter’s Bill S. Preston Esq., will be experiencing yet another excellent adventure at a theater near you, on August 21, 2020.

In a message posted to YouTube on Wednesday, Reeves, 54, and Winter, 53, are show standing in front of the Hollywood Bowl, where they fans for never giving up on a third installment.

“It’s all because of you guys, and we wanted to say thank you,” Winter says, echoed by Reeves.

“And be excellent,” the pair conclude, in character.

Bill & Ted Face the Music’s plot is rumored to focus on the pair battling a villain worse than the sequel’s Grim Reaper — the drudgery of work and family in middle age — while the fate of the universe hangs in the balance.

Winter storms moving across US with snow, freezing rain and flooding
Wealthy in Hollywood reportedly using private jets, agents, and even bribes to score COVID-19 vaccine
Google pledges $150 million towards vaccine education and equitable distribution
VIP vaccines: As availability tightens, the wealthy and well-connected push for access
Fit Finance: How to create a one-year spending plan and rethink your budget
Station wagons are back. And they’re faster than ever