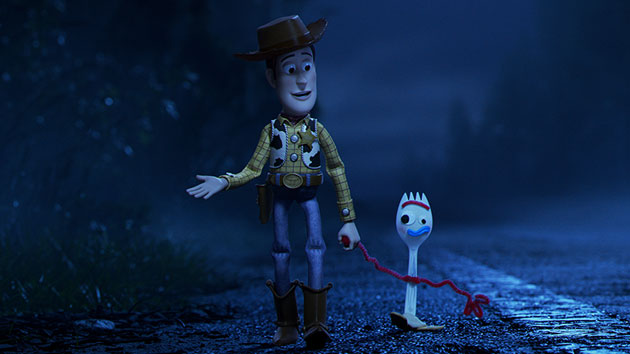 Set to the Beach Boys’ “God Only Knows,” the clip introduces Forky, voiced by Tony Hale.  Forky is a spork that the toys’ new owner — Bonnie, the little girl introduced in Toy Story 3 — has made out of a spork, a pipe cleaner, popsicle sticks  and a pair of googly eyes.

When Forky questions his value as a toy and runs away, it’s Woody and Buzz Lightyear — voiced once again by Tom Hanks and Tim Allen, respectively — to the rescue. While trying to convince Forky to come back home, Woody meets Bo Peep — voiced by Annie Potts — who tries to convince him there’s a better life for toys than just being a child’s property. That leaves Woody facing his own identity crisis.