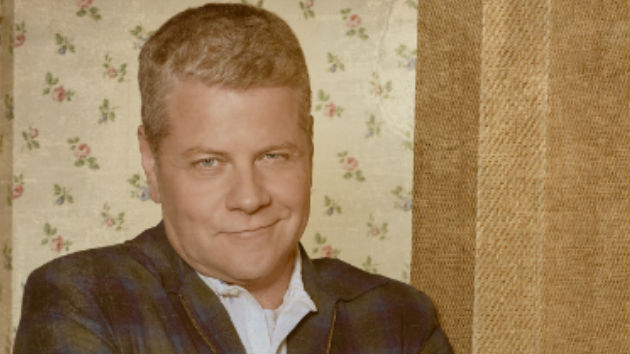 (NEW YORK) — Fans of The Walking Dead loved Michael Cudlitz as Abraham Ford, the tough-talking talking former soldier who met his untimely end at the end of Negan’s barbed-wire bat, Lucille.  But his current gig is much more, shall we say, family friendly.

Cudlitz stars in ABC’s The Kids are Alright, a ’70s-set sitcom in which he plays a stern yet loving dad raising eight sons.

“I know…what I physically bring to television,” the six-foot-one,  imposing actor smiles, “And…it’s not necessarily warm and cuddly — people hire me to kill things, and I get that,” he says, laughing. “But I wanted to lean into…something that was lighter.”

And The Kids has heart, Cudlitz says.

“It’s just this love that is pulling this family through — [the family] is definitely ruled with ‘a semi-metallic fist’ — but because it has to be [or] the kids will win,” he laughs.

Cudlitz has had a long career both in front of and behind the camera: he put himself through college as a set builder, and once served as the construction foreman on Beverly Hills, 90210 — on which he eventually appeared as an actor.

While Cudlitz admits the early 90210 scripts didn’t show much promise, he adds, “When the show really hit its stride…for a young, young audience that was the only place that they could…get a lot of that information…about dealing with, you know, suicide, rape…mental health issues…the crazy stuff that kids were, and are, actually dealing with at that age.”

“That dude that touched a lot of lives,” he says. “The world is a dimmer place without him.”

The Kids are Alright airs tonight at 8:30 on ABC.

“The ‘Bridgerton’ Effect”: Searches for “embroidery,” “corsets” and other finery skyrocket amid Netflix show’s success
“This isn’t going to be quiet”: Daniel Kaluuya recalls when ‘Black Panther’ went from being a movie to a “moment”
Peacock’s ‘Saved by the Bell’ revival gets sophomore season
The significance of the Bible Joe Biden is using on Inauguration Day
What happens inside the White House on Inauguration Day
How to watch Joe Biden’s inauguration with kids