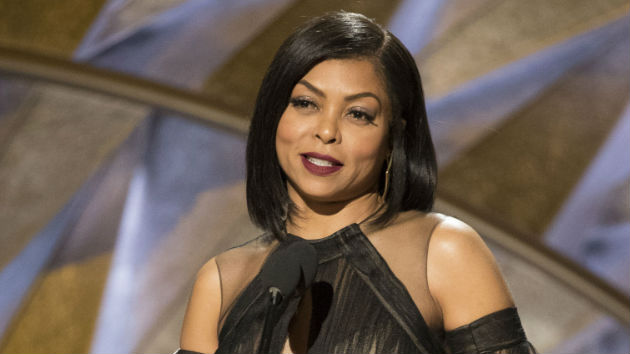 In an interview with Extra, Henson briefly spoke about her Empire co-star Jussie Smollett, who last week pleaded not guilty to charges that he filed a false police report by claiming to be the victim of a homophobic and racist attack which he allegedly arranged himself.

“You have to stay strong, stay positive, full of hope,” Henson told the entertainment news site, before adding that her Empire cast is also “strong.”

In addition to her FOX series, Henson is also gearing up for her latest film, The Best of Enemies, starring Sam Rockwell. It follows Henson as Ann Atwater, a civil rights activist in Durham, North Carolina who faces off against the local leader of the KKK, C. P. Ellis, over desegregation.

Henson reveals that after her upcoming project, she’s planning to take a break.

“I’m taking the summer off,” she said. “I’m just going to take this summer and be normal, take a vacation — a couple, a few — I have a girlfriends’ trip coming up, then me and my fiancé have to do something.”

As far as her upcoming nuptials with fiance Kelvin Hayden, Henson says she needs “a year” to really plan it all out.

“The dress should come first; I think I know who will make it,” she said, joking that she doesn’t have a dress or a date set yet.

‘The Bachelor’ recap: Tensions mount as five new ladies join the fight for Matt’s heart
‘Da 5 Bloods’, ‘Mank’, ‘Soul’ among AFI’s Movies of the Year; ‘The Mandalorian’, ‘The Crown’ top TV
Anna Paquin says she’s “too boring” to need a PR person like she plays in ‘Flack’
Kelley Flanagan says she would “consider” being the next Bachelorette
‘Jersey Shore’ star Mike “The Situation” Sorrentino celebrates 5 years of sobriety
Pandemic-induced recession is over for the rich but not the poor, Oxfam report warns