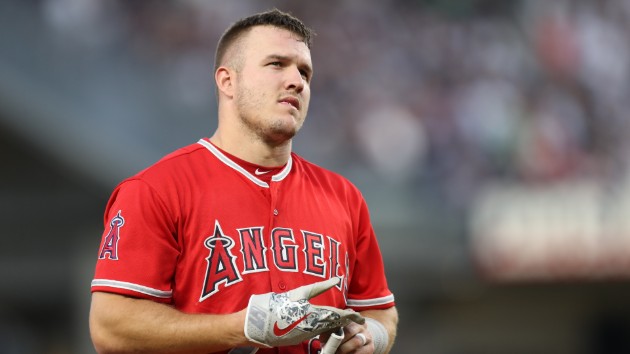 (LOS ANGELES) — The Los Angeles Angels and Mike Trout are said to be close to finalizing an extension that would make the center fielder’s contract the largest one in professional sports history.Sources tell ESPN the deal would be for 12 years and worth more than $430 million.If the deal is completed, Trout, 27, will get nearly $36 million a year, besting Zack Greinke’s yearly average of $34.4 million with the Arizona Diamondbacks.The total sum of the reported contract is also more than 30 percent larger than Bryce Harper’s $330 million deal with the Philadelphia Phillies and exceeds the contract boxer Canelo Alvarez’s has with DAZN by more than $65 million, according to ESPN.Copyright © 2019, ABC Radio. All rights reserved.

Coronavirus live updates: School district stops basketball games due to ‘super-spreader event’
Damaging winds expected in California, heavy snow for the Rockies and Eastern Great Lakes
“I’d be up for that!” Liam Neeson wants to re-join the ‘Star Wars’ universe with Disney+’s ‘Obi-Wan Kenobi’ show
‘WandaVision’ star Paul Bettany on his father’s struggle to come out of the closet
In scathing draft of letter never made public, Trump chided James Comey for ‘erratic,’ ‘self-indulgent’ conduct
Five steps you can take now to boost your fitness and avoid severe illness from COVID-19