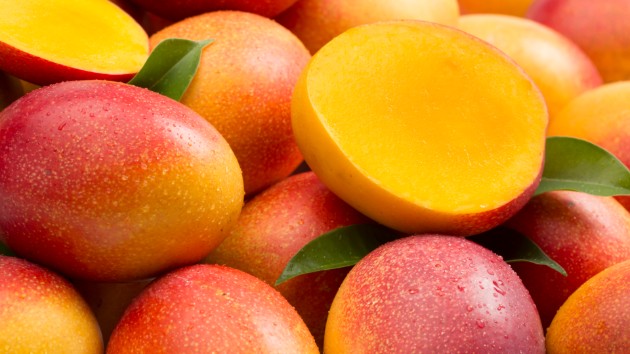 (NEW YORK) — The age-old saying goes “you are what you eat,” but one doctor is out with a new book that is taking that notion a step further, arguing that some foods you eat can help you beat disease. Dr. William Li talked about his new book, Eat to Beat Disease, in an interview with ABC News’ Good Morning America, saying we have completely underestimated the role that the foods we eat can play in combating illness. Plus, he shares his top five foods to go for the next time you hit up the supermarket. “The time has come now to really … get rid of that confusion between food and health,” Li said. “Our bodies respond to what we put inside it.” “We can take food seriously like we take medicine using the same rigor, using the same science, using the same demand for evidence,” he added.Li’s book doesn’t contain a weight-loss program and isn’t about what to avoid, rather it’s a guide to integrate some of the hundreds of health-boosting foods that he says research shows can starve cancer, reduce your risk of dementia and help fight dozens of avoidable diseases. If there is one thing Li wants people to take away from the book, he says it is to eat more fresh, plant-based foods and less processed foods. Dr. Li’s top five foods to help fight disease:Soy“Soy’s developed a scary reputation because some people believe that an estrogen-like compound that’s found in soy can cause breast cancer,” Li said, adding that new research, however, “is completely turning that fact around.” Soy contains a plant estrogen that is “nothing like human estrogen,” he explained. “In fact, it can counter its effects,” he added. Dark chocolateDessert lovers, rejoice. Dark chocolate, in moderation, can actually be good for you, according to Li. “Chocolate contains these polyphenols that actually can help activate cells in our body, including our stem cells,” Li said. TomatoesTomatoes are a “great source of vitamins and other nutrients, and they contain lycopene,” Li said. “Lycopene is an anti-angiogenic and blood vessel, cancer-starving substance.” Sourdough breadSourdough is made with a “natural bacteria called lactobacillus rudori,” according to Li. This bacteria “actually helps to build our immune system,” he added, making it a great choice if you are looking for a healthy bread option.MangoMangoes are “amazing” according to Li, “because they actually activate all five of our health defense systems at the same time.” Li said the goal of his method is to activate those five health defense systems in your body by eating five disease-fighting foods five times a day. “It’s about diversity. It’s about having choice,” he said. “Check off the ones that you already like, then … you have a head start on health because you’re starting with what you love.” Copyright © 2019, ABC Radio. All rights reserved.