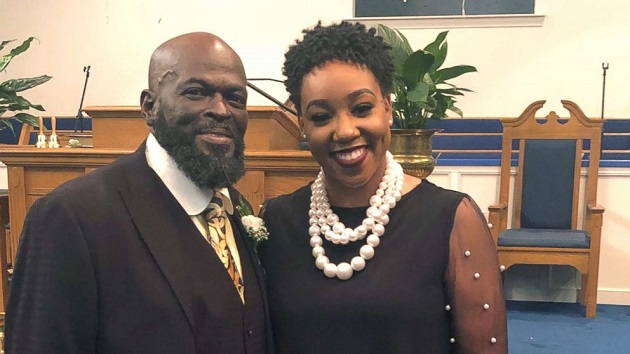 (NEW YORK) — A woman from North Carolina is about to give the gift of life to the man who adopted her when she was an infant.DeLauren McKnight will soon donate her kidney to her dad, Billy Houze, after tests revealed she was a match for the procedure.

“She told me, ‘Daddy, you thought you were saving my life pulling me from foster care but in actuality, you were saving my life so I could save yours later,"” Houze, 64, told ABC News’ Good Morning America. “I am extremely proud of her.”Houze, a pastor and father of five, said his kidneys began shutting down in 2016 after he underwent gall bladder surgery. Doctors informed him that he wouldn’t live past five years if he didn’t receive a kidney transplant.”And then they told me I would be on the list and it would be seven years before I would possibly get a kidney,” Houze said.Houze’s sons were tested but were not matches. But on Feb. 1, McKnight, whom Houze and his wife Karen adopted in 1992, learned that she was a match.”I never thought I would be a match because I was adopted,” McKnight told GMA. “I got the call at work and I wanted him to be the first person that knew. I called and I said, ‘Daddy, I have to tell you something. I’m a match."”She continued, “He said, ‘What are you mad for?’ I said, ‘No, I’m a match!’ He stopped talking and he was crying. I was shaking. It was overwhelming.”McKnight and Houze hope to have the surgery in the next few weeks. McKnight said she is thrilled to be saving her father’s life.”I call him my Superman,” she said. “Without him and my mom, I wouldn’t have known where I’d be. There’s nothing in this world I wouldn’t give him so he can enjoy life and be right there beside me.”

Trump, Biden to face off from Nashville in final presidential debate of 2020
University of Arizona students asked to minimize holiday travel to stem COVID spread
Defense seeks to dismiss 25 murder charges against doctor accused of killing patients
Something to wine about: Real Housewives launches wine brand
Carrie Fisher’s daughter Billie Lourd pays tribute to her on what would have been her 64th birthday
Ryan Seacrest tests negative for COVID-19, returns to ‘Live With Kelly and Ryan’