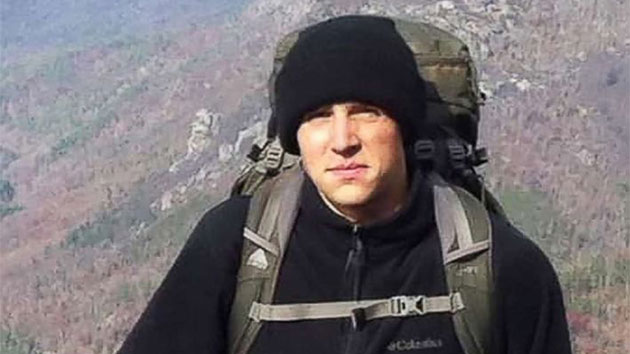 1st Marine Division/Facebook(INDEPENDENCE, Calif.) — Search-and-rescue teams looking for a Marine missing after a scheduled backcountry ski trip in the central California mountains located debris from an avalanche as they climbed to the peak of the mountain.

First Lt. Matthew Kraft was planning to hike the Kearsarge Pass trail on Feb. 24 and was scheduled to end his trip on March 4 or March 5 near Bridgeport, California, the Inyo County Sheriff’s Office said in a press release.

His car was located late Friday, but rescue teams have still not located the serviceman, according to the Inyo County Sheriff.

When Kraft's father didn't hear from his son, who is based at Camp Pendleton, by last Monday, he contacted the Mono County Sheriff's Office.

"One of our Marines, 1st Lt. Matthew Kraft, has been reported missing to local law enforcement after missing his return date from a recreational skiing and hiking trip on the Sierra High Route," the division wrote on Facebook page.

After days of searching the trails, Kraft's vehicle was located by Inyo Search and Rescue on Friday night near Lower Grays Meadows, close to Independence, according to a press release issued on Saturday by the county's sheriff.

The rescue team deployed a snowcat "to rope-tow search and rescue team members on skis up to the Onion Valley parking area" ahead of another winter storm this weekend, according to the press release.

The search and rescue team found "recent avalanche debris" when they reached about 8,000 feet, about 2 miles from the Kearsarge trailhead, according to the sheriff's office. Evidence of other smaller avalanches was also observed, the update stated.

Searches on Sunday will be primarily air-based due to avalanche concerns, authorities said.

Mono County Sheriff initiated a forensic cell phone analysis and determined the phone was used in the Independence area, according to the sheriff's office.