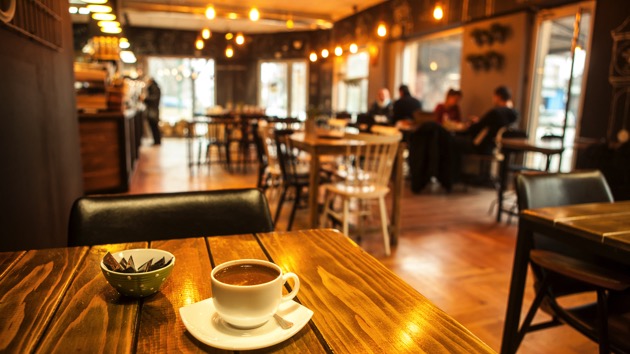 Tolimir/iStock(NEW YORK) — Much has be written about the "mental load" of motherhood: the never-ending to-do list, keeping track of everything like a spreadsheet with hundreds of tables open at once. An always-running narrative inside a mom's brain that focuses on the well-being of everyone else in her life.
Some think it's that invisible "mental load" that contributes to the stress and exhaustion of motherhood. But there's also work being done, very much in plain site, that goes unseen.
Brandy Ferner is a mom of two kids from southern California, and the host of the parenting podcast An Adult Conversation. She was out to lunch with a friend when she snapped a now-viral photo of a woman in a restaurant, taking care of her baby while her friends and family ate, laughed and generally had a grand old time.
"The mother was completely away from the table, bouncing the baby, touching the art on the wall, playing with a balloon. She was doing every last thing to entertain the baby. Not once did someone try to bring her back to the table."
In a Facebook post that's been shared around 37,000 times, Ferner wrote in part, "The entire time her family enjoyed their birthday celebration with food and drinks and lively conversation. No one stepped in to let HER enjoy being part of the group. This image is an accurate visual of the constant, UNSEEN care-taking of motherhood many moms do that leave us out of the group. Either no one noticed the subtle work she was doing, or no one wanted to give up their enjoyment to let her have a taste of it too."
Ferner told Good Morning America she was at the restaurant for three hours.
She went on to write, "And people wonder why postpartum depression, rage, and resentment are a common part of modern motherhood. ?? We don't just need better diagnosis and doctors to help new moms — we need our families and friends to notice us, and to help bring us back to the table."
The comments on her post, Ferner told GMA, range from "wonderful" to "atrocious."
She said the comments that "the mom should ask for help" were especially frustrating. "The mom should ask? We should have to everything and then also ask for help?" she asked.
One of her followers commented "she could also be the person who picked the date, sent out an invite (or made the phone calls), bought the present(s) & balloon, made the reservation, arranged transportation for grandparents, and will send out the thank you cards; despite not being able to be *present* at the event that she created."
Ferner said that could very well be true. After all, it's the role of many moms.
She said the answer to why mothers bear the role of "default parent" the majority of the time is "nuanced."
"But to blame it on the mom, to blame the one who is already carrying the load, is not fair," she said.
Copyright © 2019, ABC Radio. All rights reserved.