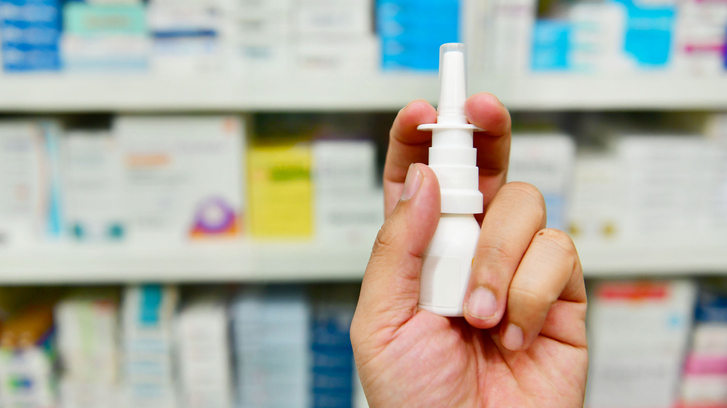 MJ_Prototype/iStock(NEW YORK) — The U.S. Food and Drug Administration has approved a ketamine-derivative nasal spray to treat depression.
The medication is called eskatamine and it's developed by Johnson & Johnson subsidiary Janssen Pharmaceutical Companies. Esketamine can now be used for patients who have "treatment-resistant depression," or patients who didn't respond to at least two other medications. The FDA made the announcement on Tuesday.
Ketamine, which is commonly known as the street drug "Special-K," has been used as an anesthetic for decades. It has also been used experimentally to treat depression since the late 90s and has previously been administered with an IV.
Kaiser Permanente offers the IV form of ketamine to treat depression, but representatives for the health care system did not answer repeated requests from ABC News for information about the program, its history and the number of providers and patients who have participated in the program.
Janssen's new esketamine spray, which will be sold under the brand name Spravato, was developed to be three to four times more potent than regular ketamine, which would allow doctors to administer less and reduce side effects, according to Husseini K. Manji, a developer of the drug and global head of Janssen's neuroscience therapeutic area.
“We could get away with a very low dose of the drug and fewer side effects,” he told ABC News.
The spray works within hours compared to the four to eight weeks most anti-depressants take to become effective, Manji said.
However, not everyone is enthusiastic about the prospect of a ketamine nasal spray.
"The whole concept is suspect," Dr. Julie Zito, professor emerita of pharmacology and psychiatry at the University of Maryland, told ABC News.
Zito was one of the two doctors — out on an FDA panel of 16 — who voted against recommending that eskatamine go forward in the approval process, and said that she thinks it needs further review because the findings were "inconsistent."
"The model of using a drug alone and expecting a magic bullet ignores 60 years of experience with antidepressants," Zito said, explaining that to think anyone is going to “fix depression” is a mistake. “We can use a medication as a start, then psychotherapeutic treatment, like cognitive behavioral therapy, that’s evidence-based and shown to be effective, has to come into play and address the problems that are causing the suffering."
With the new drug, patients will get esketamine doses twice a week for the first four weeks, according to Manji. Once they show signs of improvement, treatments can be spread out to once a week or once every two weeks.
“You can get people better rapidly with the nasal medication but depression is a chronic disease," he added.
Leading up to its approval, researchers examined about 1,700 people over 29 studies, which were executed in various phases with the FDA, according to Manji.
The two major side effects are an increase in blood pressure and disassociation, or feeling disconnected from one's thoughts, feelings or body. When experienced, both seem to begin about 30 minutes after the treatment and end about 90 minutes afterward.
"The side effects are manageable," Manji said.
For about 90 percent of people who experience the blood pressure increase, Manji said it's akin to "what you or I might have if we exercised."
He added that with the dissociation, "colors might seem brighter, sounds might seem brighter, you might not seem real, the room might not seem real." However, the severity of this feeling usually lessened after the first dose.
Because of the potential side effects,"you don’t go home with eskatamine," Manji said. "You go to a clinic, it's administered and you stay for 90 minutes and then go home."