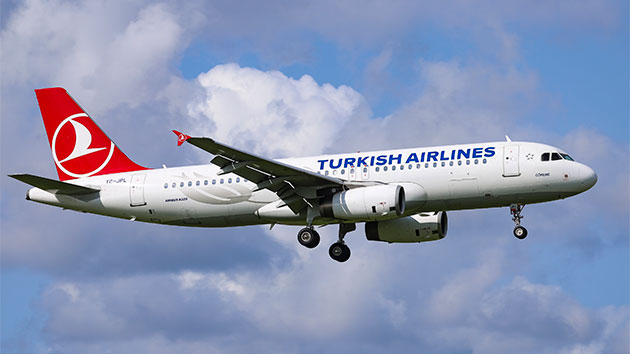 The city's Office of Emergency Management and the Federal Aviation Administration said the flight originated in Istanbul, Turkey.

"Turkish Airlines Flight 1, Boeing 777, landed safely at John F. Kennedy International Airport at 5:35 p.m. after declaring an emergency and reporting that several passengers were injured when the aircraft encountered turbulence," the FAA said in a statement.

Ten passengers were taken to a hospital, according to Port Authority of New York and New Jersey spokesman Steve Coleman. One flight attended had a possible broken leg and others suffered bumps, bruises and cuts.

Coleman said most of the passengers were treated inside an airport terminal.

There were 329 people on board, including 21 crew members.

No other airport operations were affected, according to the spokesman.

The FDNY EMS is working with the Port Authority of New York and New Jersey on the scene, according to a tweet by the fire department.

#FDNY is currently treating 32 passengers with non-life-threatening injuries at JFK airport. FDNY EMS is working with Port Authority on scene, and the situation is developing.