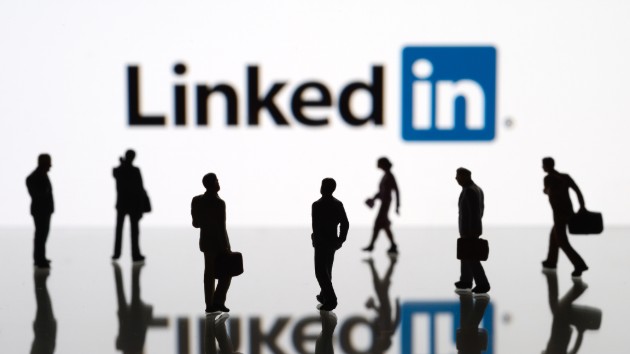 hocus-focus/iStock(NEW YORK) — Women are less aggressive than men when they apply for jobs — applying for fewer positions and asking for help less frequently — according to a new LinkedIn survey.
The study builds on a benchmark internal report from Hewlett Packard that found women tend to apply for a new job only when they meet 100 percent of the listed criteria, compared to men who usually apply when they meet about 60 percent. The HP findings are often quoted in workplace diversity conversations, including in Facebook's Sheryl Sandberg's Lean In, and The Confidence Code by journalists Katty Kay and Claire Shipman.
"LinkedIn behavioral data backs this up — women tend to screen themselves out of the conversation and end up applying to fewer jobs than men," the report's authors, Deanne Tockey and Maria Ignatova, wrote.

Even though both genders were similarly interested in new jobs, compared to men, women applied to 20 percent fewer jobs and were 16 percent less likely to apply after viewing a job, the results said.
Women were also 26 percent less likely to ask for a referral even when they had a connection to someone at the company that was hiring, the results said.
The data was gathered from over 610 million users around the world over the course of 2018.
The disparity may not be about women's confidence in their ability to get the job done, but about taking the job qualifications too literally.
"People who weren’t applying believed they needed the qualifications not to do the job well, but to be hired in the first place. They thought that the required qualifications were…well, required qualifications. They didn’t see the hiring process as one where advocacy, relationships or a creative approach to framing one’s expertise could overcome not having the skills and experiences outlined in the job qualifications," Tara Sophia Mohr wrote in the Harvard Business Review.
"What held them back from applying was not a mistaken perception about themselves, but a mistaken perception about the hiring process," Mohr added.
Recruiters may also show unconscious bias with job candidates, at least on LinkedIn.
"The data shows that when recruiters are searching for candidates, they tend to open men’s LinkedIn profiles more frequently. However, after recruiters review a candidate’s profile, they find women to be as qualified as men and reach out to both genders at a similar rate," Tockey and Ignatova wrote.

Recruiters were 13 percent less likely to click on a woman's profile when it pops up in a search and 3 percent less inclined to send a woman a message after seeing her profile.
There is good news though: Women apply to fewer jobs but are 16 percent more likely to get hired after they apply. For senior roles, women are 18 percent more likely to cinch the job than men.
"If women only apply when they feel extremely qualified, it makes sense that they'd have a higher success rate," the authors wrote, "but this could also indicate they are not pursuing stretch opportunities."
Copyright © 2019, ABC Radio. All rights reserved.