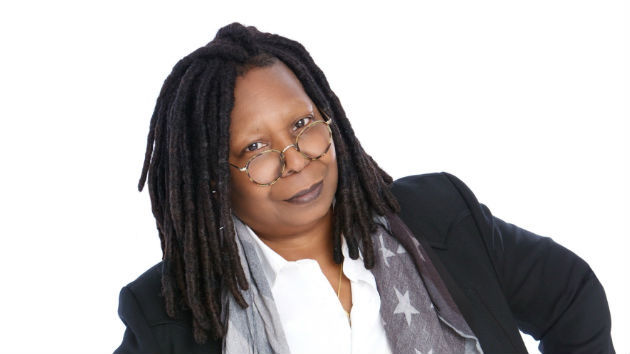 ABC/Yolanda Perez(NEW YORK) — After being absent from the The View for a little more than a month due to an "illness," Whoopi Goldberg revealed on Friday that in fact, she'd almost died following a battle with pneumonia.

In a video message that aired during the show, Goldberg gave fans a health update.

Whoopi went on to explain that she had had pneumonia in both lungs that was septic, meaning the infection had spread through her bloodstream.

“I came very, very close to leaving the earth. Good news, I didn’t,” she added. “Thank you for all of your good wishes. All of the wonderful things that people have been saying."

"Even people who are not huge fans of mine, have actually said nice things about me," she added. "We all know that’s going to change when I get back, but for right now, it’s brilliant.”

Goldberg last appeared on The View on February 6. At that time, many speculated that she was absent because she was going to host the Oscars. However, Whoopi's The View co-star Joy Behar quickly debunked that rumor, saying that it was strictly a "conspiracy theory."

Although Whoopi did not offer a definitive return date, she did tell her co-hosts that she plans to be back very "soon."

“And ladies, I cannot wait to see y’all," she said. "This has been interesting and I’ll tell you about it when we’re all at the table. To everybody, see you soon.”

No big gatherings for Saint Patrick’s Day in Boston: ‘We are so close to a finish line’
Three people dead after plane crashes in Georgia, leaving wing inside mobile home
Victoria’s Secret plans to close up to 50 more stores this year
US, Canada to hold climate talks, paving road to Biden’s Earth Day summit
Biden cautiously predicts ‘very different circumstance’ with pandemic by Christmas
LA’s Dodger Stadium vaccination site to temporarily close due to lack of doses