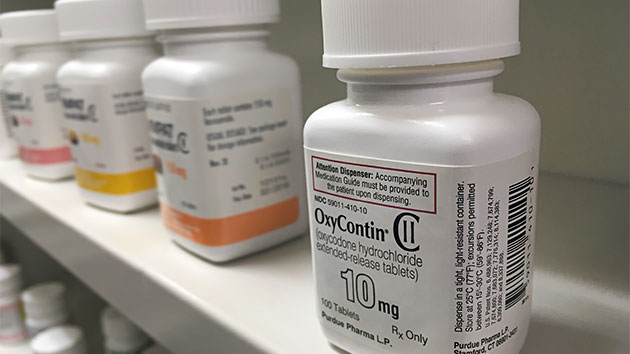 Pureradiancephoto/iStock(NEW YORK) — Hildene Capital Management has kicked out the family that controls Purdue Pharma, a source familiar with decision confirmed to ABC News.

The Stamford, Connecticut-based hedge fund, forced the Sackler family — the owners of Purdue Pharma — to redeem their investments late last year, the source said, after the fund manager said someone he knew suffered an opioid-related tragedy.

Being kicked out of a large hedge fund is only the latest financial pressure for the family that controls the manufacturer of OxyContin. They have been accused of accelerating the nation’s opioid crisis.

Massachusetts Attorney General Maura Healey filed an over 200-page amended lawsuit accusing the drug company of contributing the opioid abuse crises in their commonwealth by "deceiving doctors and patients" to obtain the prescription in order to gain profits. More than 11,000 people in Massachusetts died from opioid-related overdoses in the past decade and over 100,000 people survived overdoses that were not fatal.

In the Massachusetts lawsuit, Purdue Pharma denied that their company is to blame for the opioid crisis, charging they are a scapegoat. "The Department of Health further found that the epidemic of overdose deaths in Massachusetts is primarily attributable to abuse of heroin and illicit fentanyl, and not lawful prescription [of] opioid pain medicines," according to Purdue Pharma's motion to dismiss filed on March 1.

ABC News reached a spokesman for the Sackler family and have not received an immediate comment.