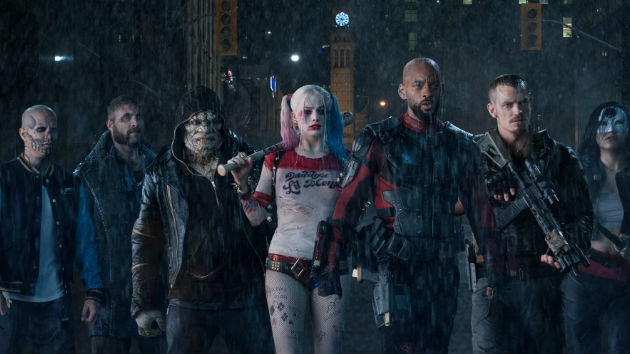 Clay Enos/ TM & (c) DC Comics(LOS ANGELES) — It looks like the guy who made action movie stars out of a tree and a talking raccoon is flexing some similarly strange muscles on his sequel to Suicide Squad.

If a report in Collider is to be believed, James Gunn, who is writing — and likely directing — the follow-up to the movie, is lining up some very unfamiliar supervillains for the next Suicide Squad film.

Collider says the film, for which Idris Elba will be replacing Will Smith as Deadshot, will also feature super-obscure DC Comics characters like Ratcatcher, King Shark, and Polka-Dot Man.

As his name suggests, Ratcatcher was an exterminator in Gotham City, who eventually raises an army of the rodents to do his bidding. Collider says Gunn has gender-swapped the baddie to be female.

King Shark is a man/shark hybrid: He's got a hammerhead shark's head, and a human's body.

Polka-DotMan, as his name suggests, is a dude whose skin's spots can become explosive devices — and he's embarrassed about it.

Also included will be Peacemaker, a militant so desperate to bring about peace that he's willing to kill for it.

But admittedly, this lineup is only slightly more odd than the baddies featured in the original film, like Slipknot, who was described as "the man who can climb anything."

The movie series' premise is that comic book baddies are considered expendable by the U.S. government, and are forced to to carry out nearly impossible missions.