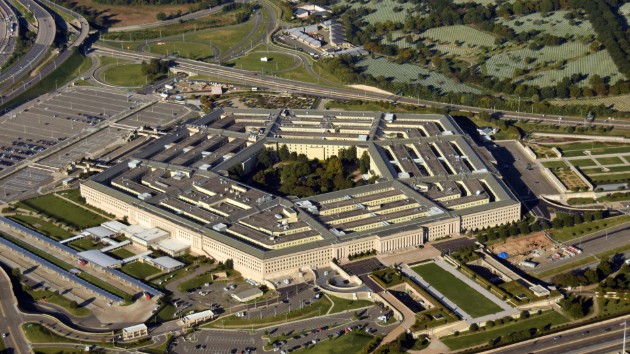 Ivan Cholakov/iStock(WASHINGTON) — The Pentagon’s comprehensive review of the ethics and professional training received by its elite Special Operations Forces (SOF) has found no systemic issues are to blame for a series of high-profile incidents of misconduct, but said it is pursuing changes to improve that training, particularly when it comes to moral decision making.
Some of the changes include using a “moral disengagement questionnaire” to help psychologists help commanders identify special operations personnel who might be “at more risk of making unethical choices.”
“DOD is pursuing several initiatives to improve individual and organization ethics and professionalism in the SOF community,” according to the review presented to Congress last week, a copy of which, was obtained by ABC News.
The review was mandated by Congress late last year in the wake of a series of high-profile incidents of misconduct by special operations forces. The misconduct included allegations of physical abuse, drug use and alleged involvement in the deaths of detainees and a fellow service member.
The report said the Pentagon is looking at ways “to improve the oversight and accountability by senior leaders of ethics and professionalism-related issue with respect to special operations forces.”
“Other actions under consideration include adding more ethics, professionalism, and professionalism toolkit for commanders,” said the report. That includes using “a moral disengagement questionnaire” to help psychologists assist commanders in identifying service members “who may be at more risk of making unethical choices” and providing greater transparency across the force regarding misconduct and disciplinary actions.
Overall the Pentagon’s review found there were no gaps in the management, oversight and administration of ethics and professional training for special operations forces. The report notes that the special operations standards for ethics and professional training exceed what is required by the Department of Defense.
But the report concluded that “the SOF culture requires more than adherence to the minimum standards of compliance with applicable law and policy.”
“SOF personnel who manage violence under the stress and ambiguity of combat require the highest level of individual and organizational discipline,” the report continued.
The seven-page report presented to Congress last Friday may not be what Congress was looking for when it asked for a comprehensive review, including metrics for current training programs. The brief report provides short answers to direct questions stipulated in the 2019 National Defense Authorization Act.
Congress became involved after a series of high-profile cases involving service members from elite special operations units.
They include two Navy SEALs and two Marine Raiders who face murder charges in the death of Army Green Beret Staff Sgt. Logan Melgar in Mali in 2016. Navy Seal Special Warfare Operator Chief Edward “Eddie” Gallagher has also been charged with the death of an ISIS detainee during the battle for Mosul in Iraq.
And Green Beret Maj. Mathew Golsteyn also faces murder charges for allegedly executing a suspected Taliban bombmaker he had detained earlier.
Last December, Gen. Tony Thomas, the commander of U.S. Special Operations Command (SOCOM), issued a message to Special Operations forces reinforcing the importance of ethics among special operators.
“A survey of allegations of serious misconduct across our formations over the last year indicate that USSOCOM faces a deeper challenge of a disordered view of the team and the individual in our SOF culture,” he wrote.
“Left unchecked, a disordered value system threatens to erode the trust of our fellow comrades, our senior leaders, and ultimately the American people,” Thomas warned. “Correcting this trend will take committed leadership at all levels of our command and personal moral courage by all.”
Thomas also called for a 90-day focus on core values as well as a review of training programs and of command climate surveys for the previous year to identify any possible trends.
"The focus period has had active involvement at all levels in the SOCOM enterprise,” said Capt. Jason Salata, a spokesman for SOCOM. “Inputs from the component commands are still being collected and assessed."
Copyright © 2019, ABC Radio. All rights reserved.