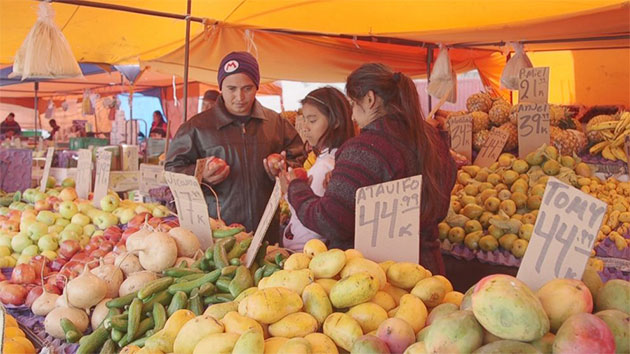 ABC News(WASHINGTON) — In her first appearance before lawmakers since Democrats gained control of the House, Homeland Security Secretary Kirstjen Nielsen on Wednesday denied one of the most troubling claims about the Trump administration’s family separation practices at the southern border.

Asked by Rep Kathleen Rice, D-NY, whether Nielsen can confirm that under her tenure, no parents were deported from the U.S. without being asked if they wanted their children deported with them, Nielsen responded: "To the best of my knowledge, every parent was afforded that option."

Jesus, a migrant from Honduras who requested that for his family’s safety ABC News not print his last name, disputed Nielsen’s statement.

He said he was tricked into being deported from the U.S. without his son and was not given the opportunity to take the boy with him.

Jesus told ABC News about one day last May when he waited at a San Antonio airport for his 6-year-old son, Ariel, from whom he had been separated days earlier when the pair was apprehended by U.S. Customs and Border Protection agents after crossing the Rio Grande near McAllen, Texas.

Jesus, 31, waited for a reunion that did not happen.

The father and his son came to the U.S. last spring to seek asylum after being beaten and threatened by local gangs back home, he told ABC News.

Jesus said that while in government detention, officers tore Ariel from his arms after he had told them "I won’t give him to you, you would have to kill me first."

"Ariel was crying, I was as well," Jesus said.

Then Ariel was gone.

Jesus said he signed a document in English, a language he doesn't speak or write; he said he thought it was an asylum application, but it was actually a deportation agreement.

"Was this an asylum request to stay here, I asked, because then I’ll sign. 'Yes,' they told me. So I signed," Jesus recounted.

On the drive to the airport, Jesus said he repeatedly asked for his son. "We will give you your son at the airport," he said an officer told him.

At the Texas airport that day, some nine months ago, Jesus searched for Ariel.

When it was time to board, he said he did not see his son and refused to get on the plane without him.

Jesus said he accused the officer of lying to him. He said the officer responded that Ariel "was probably on his way or would be on his way a couple days after, because there was a special plane that would only take minors."

Jesus ultimately boarded the plane without his boy.

Ariel is currently living with extended family in Washington, D.C., and has not seen his parents or sister since May 2018, according to Jesus.

On Wednesday, Nielsen testified that to her knowledge, deported migrant parents were given multiple opportunities to take their children with them when they were removed from the country.

"Consistent with long standing practice and the law, before we deport any alien after they have gone through the process and receive a final order of removal, we do ask them if they would like to take their children with them," Nielsen told lawmakers.

"At that same time their consulate or embassy, for purposes of issuing them travel papers, also asks them would you like to be removed with your children as you are removed," Nielsen said.

But Nielsen also suggested that she was speaking about migrant families who were part of an ongoing lawsuit filed by the American Civil Liberties Union (ACLU) that covers separated children in government custody on or after June 26, 2018, the day that a California federal judge ordered the Trump administration to stop separating families, unless the parent is unfit or dangerous, and try to reunite them.

Nielsen testified: "as a part of [the lawsuit], the judge has also asked us to go back and ask the parents again in conjunction with the ACLU which we did. So there was no parent who has been deported, to my knowledge, without multiple opportunities to take their children with them."

Jesus and Ariel are plaintiffs in the lawsuit, according to their attorney Erika Pinheiro, the litigation and policy director for Al Otro Lado.

The ACLU is seeking to expand the lawsuit to include potentially thousands more families who were separated, deported or discharged before that June date.

Over the last two weeks, Jesus, along his wife, Mira, and his daughter, Riccy, made the journey from Honduras to the U.S.-Mexico border town of Mexicali where they joined a group of 29 migrants who claim they were deported from the U.S. without their children.

With assistance from lawyers and volunteers, the group presented themselves at the Calexico Port of Entry on Saturday.

Jesus, Mira and Riccy have applied for asylum and are hoping to finally reunite with Ariel.

Lauren Mack, a spokeswoman for Immigration and Customs Enforcement (ICE), told ABC News that Jesus and his family arrived on Saturday seeking entry into the U.S. without valid entry documents, were referred to ICE, and following a custody review, were paroled into the U.S. pending the outcome of their immigration case. Mack said that according to ICE records, Jesus was previously removed from the U.S. to Honduras in September 2012 and again in May 2018. She declined to comment on Jesus’ allegations that he was tricked into being deported without his son, citing ongoing litigation.

Spokesmen for Customs and Border Protection (CBP) and the Department of Homeland Security (DHS) declined to comment on Jesus' allegations.

On Thursday, the government revealed that at least some other migrant parents may have been deported without being given the opportunity to take their children with them.

Lawyers for multiple government agencies, including DHS, ICE and CBP, wrote in a court filing late Wednesday that the "baseline" number of parents "who were removed from the United States without their children, and without being given the opportunity to elect or waive reunification" in accordance with a judge’s preliminary injunction is 471.

In a statement to ABC News, a spokesperson for DHS sought to clarify that the court document "simply noted that the 'possible' universe of parents removed prior to the preliminary injunction was 471."

Jesus told ABC News he did not have that choice.

"They cheated us," he said.