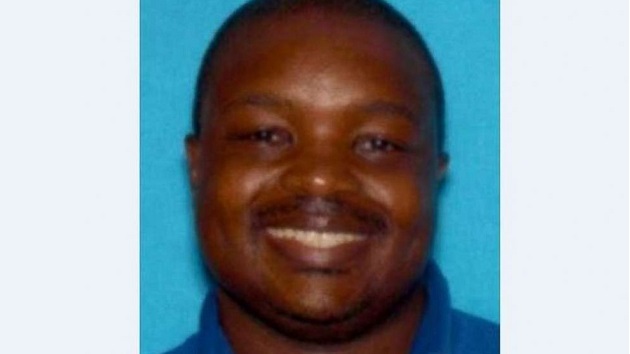 FBI(WASHINGTON) — Maryland police officers responding to a call about a suspicious person ended up arresting one of the FBI's Top 10 Most Wanted fugitives.
Lamont Stephenson, who had been wanted since being identified as a suspect in a 2014 murder, was found sleeping in a rental truck at about 2 a.m. in Prince George's County, just outside of Washington, D.C.
Prince George's County Police Department Police Chief Henry Stawinski said at a Thursday press conference that Stephenson initially told the officers he was homeless and was trying to get out of the weather. But after being asked his name, Stephenson told officers he was wanted in a number of crimes. They also found a gun in his possession.
"I am proud to announce after 147 days on the Top 10 list, Lamont Stephenson was arrested this morning," FBI Newark Special Agent in Charge Gregory Ehrie said at a separate press conference in New Jersey. "One hundred and 47 days ago, I stood in this room and spoke to members of the press with my partners from the local and state entities behind you and we said that the world becomes a very small place and we warned Mr. Stephenson that he would be found."
Stephenson, 43, was charged with the murder of his girlfriend, Olga DeJesus, and her dog, in Newark, New Jersey, in November 2014. Police said he strangled DeJesus and her dog and was last seen at Penn Station, where he apparently left the state.
"We are just overwhelmed right now," the victim's brother, Felix DeJesus, said at a press conference in Newark on Thursday. "We're happy. Everyone played a role in this and we are grateful."
"Every single day for four years I waited for that phone call, every single day," he added.
Stephenson is now also suspected in another murder. Police said they had a warrant out for his involvement in a murder Wednesday night.
Natina Kiah, 40, from Washington, D.C., was found stabbed to death along with her cat Wednesday night, according to Washington ABC affiliate WJLA-TV.
WJLA reports the two were dating.
The FBI had warned in its Most Wanted announcement that Stephenson was capable of killing again.
"For him to be calm and collected after he had just strangled his fiancee shows a certain coldness and calculation," FBI Special Agent Carl Priddy said in a release last year. "He is definitely capable of doing this again."
The FBI had been offering a $100,000 reward for information leading to Stephenson's arrest. It's unclear if anyone will be eligible for the reward, as security in the neighborhood where Stephenson was parked made the call to police.