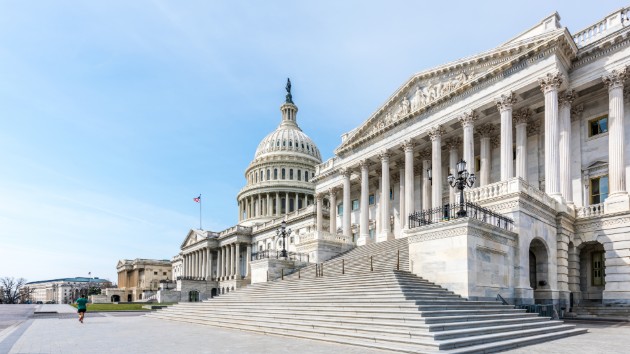 Matt Anderson/iStock(WASHINGTON) — In a hearing peppered with statistics and stories of the nation's opioid crisis, a government official told a congressional panel Thursday that the Trump administration’s plan for addressing the country’s drug crisis lacks goals and objectives and a way to measure success.
President Donald Trump has said the opioid crisis has been among one of his administration's top priorities. The administration's first National Drug Control Strategy report was released in January.
Typically the report is issued each year.
The new strategy, overseen by the Office of National Drug Control Policy, was analyzed by the Government Accountability Office, which found that the efforts lack quantifiable and measurable objectives, said Triana McNeil, the GAO’s acting director of strategic issues.
The strategy, she testified to the House Oversight Committee, is "completely void of any performance measurement system."
"How can ONDCP track its own progress," she asked. "How can ONDCP be held accountable, without this critical system in place?"
Committee chairman Elijah Cummings, D-Md., said the report "was a 23-page pamphlet. It fails to meet even the most basic requirements in the law."
ONDCP plans to release a data supplement to the strategy.
At Thursday’s hearing, legislators questioned James Carroll, who was confirmed by the Senate in January, but has acted as the head of the ONDCP since February 2018.
Carroll told the committee the strategy "absolutely complies with the law."
Of Carroll, Cummings said: "it wasn’t easy to get him here." Cummings added that he "repeatedly asked for Mr. Carroll to testify before us as the acting director of ONDCP in 2018, but he refused."
"Mr. Carroll, I must tell you that I at least wonder whether your priorities might be misplaced," Cummings said in a prepared version of his remarks. "Think about all those days and weeks and months you spent avoiding, delaying today’s hearing. Trying to fight us, with regard to your appearance. That was a waste of everybody’s time."
McNeil also said that GAO has requested to speak with members of ONDCP staff.
"We’ve only been able to meet with ONDCP once during this engagement," McNeil said.
Carroll told the committee he had not been told of these requests, but said that he would make staffers "instantly available."
Copyright © 2019, ABC Radio. All rights reserved.