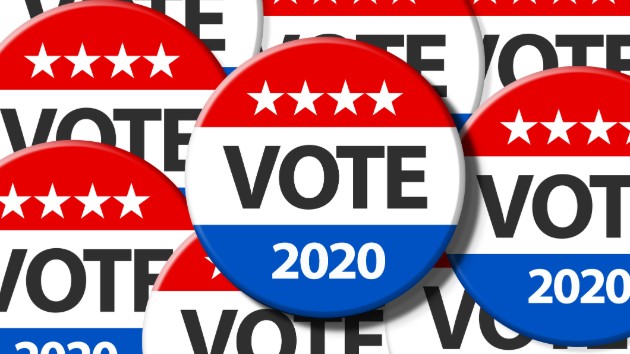 ANNECORDON/iStock(WASHINGTON) — For the first time in 2019, this week saw more potential 2020 presidential candidates remove themselves from the running than join the race, with former New York City Mayor Michael Bloomberg, Sen. Sherrod Brown, D-Ohio, former Attorney General Eric Holder, Sen. Jeff Merkley, D-Ore., and even Hillary Clinton all saying that they would not launch campaigns.
But even with this week's exits, two candidates did announce campaigns: Washington Gov. Jay Inslee and former Colorado Gov. John Hickenlooper. They are the race's first governors and upwards of 10 more people, most notably former Vice President Joe Biden and former U.S. Rep. Beto O'Rourke, continue to wait in the wings.
Here's the weekly candidate roundup:
Michael Bennet (D)
In a profile in The Atlantic, the Colorado senator explained his relatively slow walk towards a potential presidential campaign, even as others have run into the race.
"Part of it is that I haven’t spent my whole life thinking about running for president," he said in the story. "I’m surprised enough to be in the Senate. I’m surprised to have been in the Senate for a decade. But I have really strong feelings about where we are, and where we went wrong over the last 10 years."
Bennet will travel to New Hampshire Friday "as he considers whether to enter the race for president," according to a press release sent earlier this week. His trip includes a meeting with City Year members in Manchester, a town hall in Jaffrey and a house party in Concord.
Joe Biden (D)
Multiple news outlets reported this week that Biden's presidential plans are nearing completion and an official campaign launch is expected to occur in April.
The New York Times reported that, among other steps being taken, one of Biden's strategists has been alerting other potential candidates that the former vice president will enter the race.
Next Tuesday, Biden will deliver the keynote address International Association of Fire Fighters legislative conference in Washington. The Times had reported that the IAFF is prepared to support him should he enter the primary.
Michael Bloomberg (D)