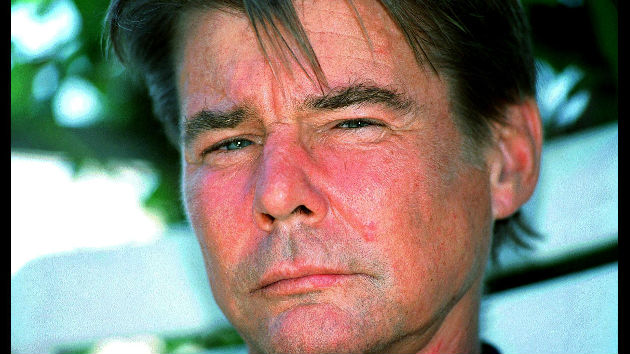 Photo: DAN CALLISTER Online USA Inc(NORTH CAROLINA) — Jan-Michael Vincent, the actor most famous among fans of a certain age for his starring role in the '80s super-helicopter seriesAirwolf, has died.

The one-time heartthrob, who had been retired, actually died of cardiac arrest at a North Carolina Hospital on February 10, according to a death certificate posted by TMZ. He was 74 years old.

The actor began his career in the 1967 movie The Bandits for actor-director Robert Conrad, and went on to appear in shows like Dragnet, and Bonanza, and the short-lived 1969 nighttime soap The Survivors, alongside Lana Turner. He also appeared in movies like The Mechanic with Charles Bronson.

His other roles included the 1973 Disney comedy The World's Greatest Athlete; the 1978 surfing movie Big Wednesday, the 1978 Burt Reynolds film Hooper, in which he played a young stuntman, and the acclaimed 1983 TV miniseries The Winds of War.

Vincent battled drug and alcohol addiction most of his life, and in the '90s and 2000s, had several run-ins with law enforcement, including arrests for domestic battery, and three near-fatal car wrecks.

According to IMDB, the actor, who had been in declining health, had one final credit in 2003: the film White Boy. However, a younger generation probably knows him best as the centerpiece of gag on the popular animated series Rick and Morty.

‘Raya and the Last Dragon’ star Kelly Marie Tran says seeing its diverse cast in animated form was “really special”
One person dead, four rescued after boat slams into drawbridge near New Orleans
NFL star Aaron Rodgers says ‘being a father’ is his ‘next great challenge’
Regé-Jean Page to star alongside Chris Evans and Ryan Gosling in new movie
‘Degrassi: The Next Generation’ star Jahmil French dead at 29
‘iCarly’ star Jennette McCurdy quits acting: “I resent my career in a lot of ways”