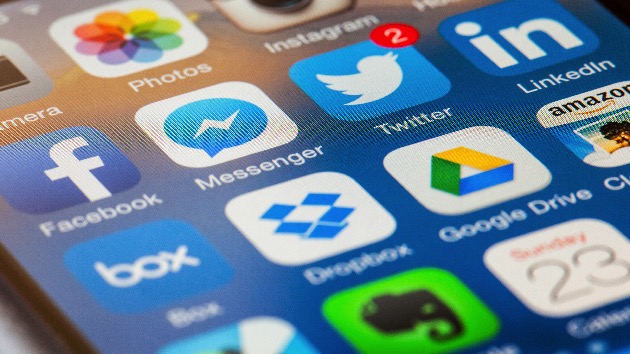 tomeng/iStock(WASHINGTON) — Democratic candidate Sen. Elizabeth Warren on Friday followed up on her campaign theme that, if she were president, everyone would have to play by the rules, this time targeting giant tech companies like Amazon, Google and Facebook for having “too much power.”

“Today’s big tech companies have too much power—too much power over our economy, our society, and our democracy,” Warren said in a statement. “They’ve bulldozed competition, used our private information for profit, and tilted the playing field against everyone else.”

Warren continues to churn out policy, outpacing fellow 2020 contenders and pushing the field left. In late February, Warren announced a plan to guarantee every American free or affordable childcare. Before that, she announced sweeping taxes on the ultra-rich.

In a lengthy description of the tech-busting policy Friday, Warren criticized the system for allowing companies to complete mergers that snap up competitors, and by using their own marketplaces to drown out other companies.

Warren’s plan would prohibit companies that make more than $25 billion a year through an online marketplace from also owning participants on the platform. It would prohibit, for example, Amazon from selling its own line of “everyday items” called Amazon Basics — things like bath towels and HDMI cables — on Amazon’s own marketplace.

Warren's policy furthers her message to take government out of the hands of the "wealthy and the well-connected," a common phrase in Warren's stump speeches since her election to the Senate in 2012. On top of recent promises not to take PAC money or attend fundraising receptions with big donors, her newest announcement goes after Silicon Valley is yet another move that could alienate rich donors – but generate more grassroots support for Americans who want more focus on the "little guy."

"Each donor is a vote — we’ve seen many candidates do well with that kind of approach," said campaign finance professor Robin Kolodny of Temple University in Pennsylvania.

"But Warren is a special candidate," Bryner said, adding that she gets more than half her donations from small donors who give under $200. "She can be successful through a grassroots approach — that's a luxury she’s cultivated through her national reputation. Sen. Bernie Sanders [I-Vt.] has done similarly."

In her statement, Warren promised users would still be able to “go on Google and search like you do today” or “go on Amazon and find 30 different coffee machines.” But, she said, small businesses would have a shot at selling on Amazon, Google Search couldn’t push competitors down in favor of their own companies, and Facebook would be pressured to “improve the user experience and protect our privacy.”

Her proposal won’t solve every problem, Warren acknowledged. She mentioned other holes that prevail in tech policy, like helping local newspapers to make money off their work online.

Notably, Warren's plan did not call out Apple, a tech company that has frequently been named the most valuable publicly traded company in the U.S. When asked, a spokesperson for Warren's campaign said Apple was indeed targeted by the policy.

The company produces over $25 billion in revenue and would have to choose between, for example, "running the App Store or offering their own apps," said Saloni Sharma, a spokesperson with the campaign.

Warren was set to speak about the policy to supporters Friday in Long Island City, which would’ve been home to one of Amazon’s headquarters in New York but the tech-conglomerate pulled out of the deal after critics said the city gave them unfair government incentives.

One such critic was Rep. Alexandria Ocasio-Cortez, backed by supporters in groups like Democratic Socialists for America.

“Amazon is paying $0 in taxes on $11+ billion in profit. $0 for schools. $0 for firefighters. $0 for infrastructure. $0 for research and healthcare,” Ocasio-Cortez tweeted a few days before Amazon pulled out. “Why should corporations that contribute nothing to the pot be in a position to take billions from the public?”

2020 Democratic candidate Sen. Bernie Sanders, who, like Ocasio-Cortez, holds support from Democratic Socialists of America, has also made Amazon a target.

Sanders went after Amazon for its wage and benefits, which the company increased in October to $15 an hour.