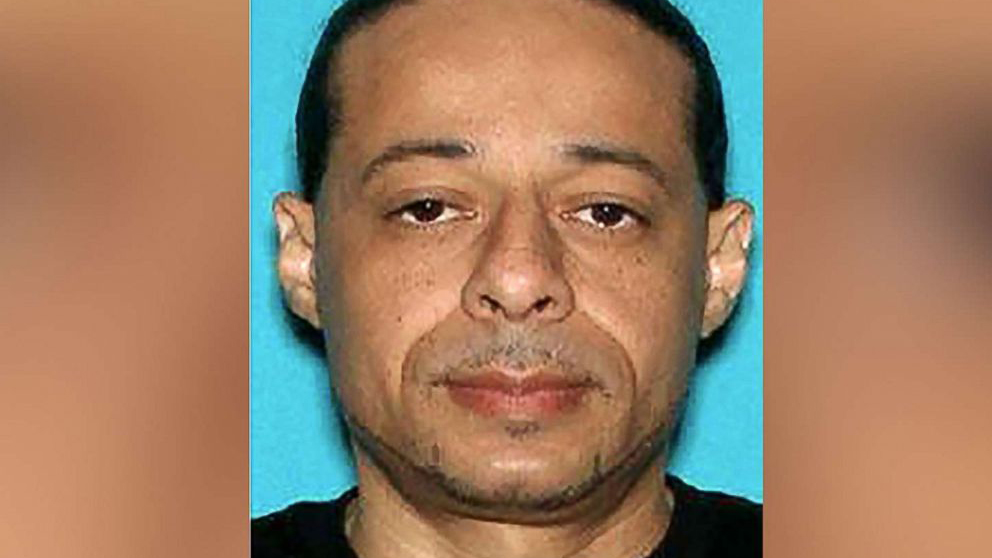 Bloomington IL Police Department(ROCKFORD, Ill.) — A manhunt for a suspect in the shooting of a sheriff's deputy Thursday at a hotel in Rockford, Illinois, led to a wild high-speed police chase on an interstate — with the fleeing fugitive reportedly pointing a gun out his window at officers, according to police and media reports.
The suspect, identified as Floyd E. Brown, 39, lost control of his vehicle during the chase and careened off Interstate 55 between Bloomington and Springfield and crashed into a ravine, said Master Sgt. Sam Thomas of the Illinois State Police.

Trooper Sean Ramsey of the Illinois State Police said the McHenry County Sheriff's deputy wounded in the shooting in Rockford has died from his injuries.
"We were just informed that the McHenry County deputy has succumbed to his injuries," Ramsey said at an afternoon news conference near where the suspect was engaged in a standoff with police.

At an afternoon news conference, Ramsey said Brown was barricaded in his car and police were trying to establish communication with him to convince him to surrender. He said Brown was still armed with at least one gun.
"We want it to end peacefully," Ramsey said. "You never want to end a life."
The shooting occurred at 9:15 a.m. local time as the U.S. Marshals Service Fugitive Task Force from the Great Lakes Region was attempting to arrest Brown at an Extended Stay America hotel, officials said.
Lt. Kurt Whisenand of the Rockford Police Department said that as task force members approached Brown's room on the third floor of the hotel, shots rang out and the sheriff's deputy was hit in the hallway outside the room.
Whisenand said Brown is believed to have fired a rifle at the task force members and then fled out a window, leaving a female acquaintance with a bullet wound in the hotel room.
Whisenand said no members of the task force fired their weapons, and investigators believe Brown shot the woman in the hotel room.
The woman's name was not released and she was being treated at a hospital.
The deputy who was wounded in the shooting is a member of the McHenry County Sheriff's Office, Jack Franks, the McHenry County Board chairman, told ABC News.
"He was shot and gravely wounded and he's in critical condition at this time," Franks said, adding that the deputy, whose name was not released, was in surgery.
"He's fighting for his life," Franks said. "It's a dark day here and certainly his family is in our prayers."
Authorities initially said Brown was 45 years old, and that the deputy was a U.S. Marshal.
Brown fled the hotel in Mercury Grand Marquis.
His car was spotted headed south on Interstate 55 and police chased him into Logan County, WLS-TV reported. The chase reached speeds of 100 miles per hour and the driver was pointing a gun outside his vehicle window at police pursuing him, ABC station WLS-TV in Chicago reported.