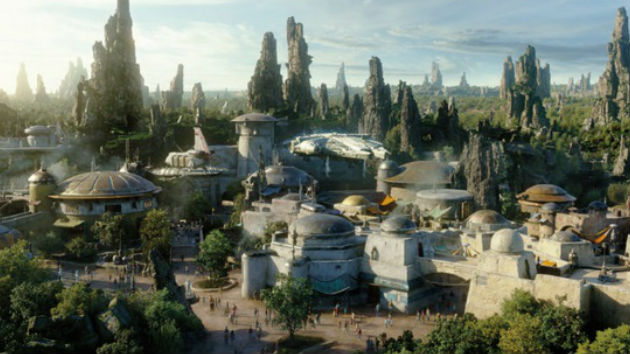 The goal of the immersive, 14-acre destinations are to make visitors feel as if they're walking the streets of the fictional trading outpost planet of Batuu, alongside all the droids and aliens you'd expect in a Star Wars film.

Fans in California will get the first chance to visit that galaxy far, far away: The attraction opens in Disneyland on May 31.

The attraction at both parks will feature rides, restaurants, and other immersive attractions from George Lucas' iconic franchise.