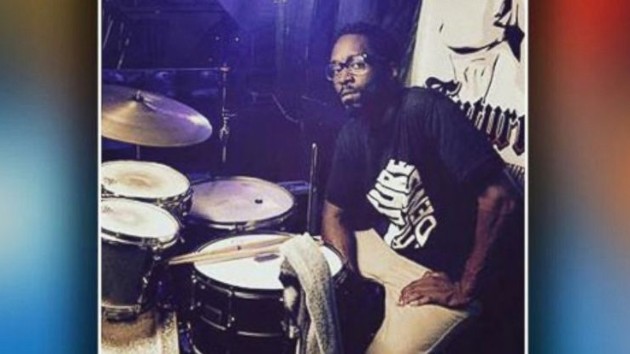 Courtesy Jones family(WEST PALM BEACH, Fla.) — A former Palm Beach County, Florida, police officer was found guilty of all charges in the 2015 roadside killing of a church musician.
The former Palm Beach Gardens officer, Nouman Raja, was convicted of manslaughter and attempted first-degree murder in the October 2015, shooting death of 31-year-old Corey Jones.
Raja held his head down and showed no emotion as he was immediately handcuffed and taken into custody once the jury's verdict was announced.
The jury, which received the case on Wednesday afternoon, deliberated for four hours before reaching its verdict.
Raja, 41, is the first Florida law enforcement officer in 30 years to be convicted in a line-of-duty shooting. He now faces a mandatory sentence of at least 25 years to up to life in prison.
Palm Beach County Circuit Judge Joseph Marx scheduled Raja's sentencing for April 26.
Jones' father, Clinton Jones Sr., said the family now has "closure."
"This is going to be a long journey for me. I'll never forget my son and now I can begin to start the process of healing and doing the things that he desired to do and that's music," he said after the verdict was read.
"I'm going through this mix: Peace, the pressure just left me. And I'm just filled with a lot of joy right now. My emotions are getting pretty wild right now," he said.
He thanked the jury for listening to the evidence during the eight-day trial and staying "focused."
"They persevered through the process," he said. "This was not about race … this was about justice."
On Oct. 18, 2015, Jones was stranded with car troubles on Interstate 95 in Palm Beach Gardens around 3:15 a.m. when Raja pulled up in an unmarked car to investigate what he believed to be an abandoned vehicle.
Jones was on his cell phone ordering a tow truck when Raja approached his car.
Jones, who had a concealed weapons permit, drew his .380-caliber handgun and attempted to run as Raja, who was dressed in plain clothes, opened fire six times on Jones, killing him.
Jones' gun was found about 125 feet from his body. It had not been fired.
Raja told investigators that he identified himself as a police officer. He declined to testify during the trial.
During the trial, prosecutors said Raja never identified himself as a police officer and acted so aggressively, surmising that Jones must have suspected he was being targeted for a carjacking.
An audio recording of Jones' phone conversation with the tow truck dispatch center was played for the jury. The recording captured part of the confrontation between Jones and Raja, but Raja cannot be heard identifying himself as a police officer.
"Just because he was a police officer at the time, he does not get a pass for what he did to Corey Jones," Assistant State Attorney Adrienne Ellis said during her closing argument to the jury on Wednesday. "He is guilty of manslaughter while armed, and he has to be held accountable for what he did, for the actions that he took that night — the life that he took that night."
Assistant State Attorney Brian Fernandes, who teamed with Ellis to prosecute the case, said in his closing argument that Jones's killing was “unnecessarily, unwarranted, unlawful … reckless disregard for a human, for a person."
After hearing the verdict Thursday, Ellis said she was "speechless."
"I wanted the jury to get it right for Corey and they did," Ellis told reporters outside the courthouse in West Palm Beach. "I'm grateful to them. They were a smart group and they were fair. I'm overwhelmed with just gratitude."
Florida State Attorney Dave Aronberg described the verdict as "bittersweet."
"There are no winners here today," Aronberg said. "Nothing can bring Corey Jones back. Nothing can reverse the tragedy that happened three and a half years ago."
Copyright © 2019, ABC Radio. All rights reserved.