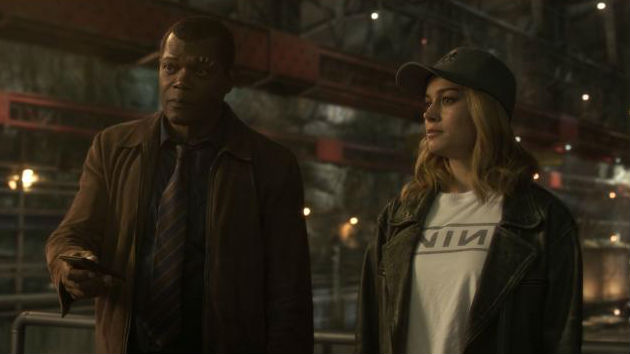 Marvel Studios(LOS ANGELES) — Captain Marvel stars Brie Larson and Samuel L. Jackson sing Ariana Grande and administer a lie detector test on each other in a promo for a new installment of "Carpool Karaoke."

James Corden shared a lengthy clip of the new episode during Wednesday night's The Late Late Show, on which Jackson appeared as a guest.

Like their Captain Marvel characters Carol Danvers and Nick Fury, Brie and Samuel L. spend time together driving around in a car. Unlike the movie, they pass the time singing Ariana Grande's "7 Rings." That is until the veteran Pulp Fiction actor makes a stop to pick up a man who then straps Brie to a lie detector machine and joins them for the rest of the ride.

"Would you be honest with me if you didn't like my performance in a scene?" Jackson asks. "Nope," is the quick retort from Brie, confirmed by the lie detector.

But when Jackson asks Larson "Do you actually like my Kangol hats?" her "yes" is overruled by the man in the back seat: "That's a lie."

Brie gets to turn the tables on Jackson when it's his turn to strap on the lie detector. "Do you like the Captain Marvel suit?" His yes proves to be true, to his relief and, probably, that of Marvel Studios.