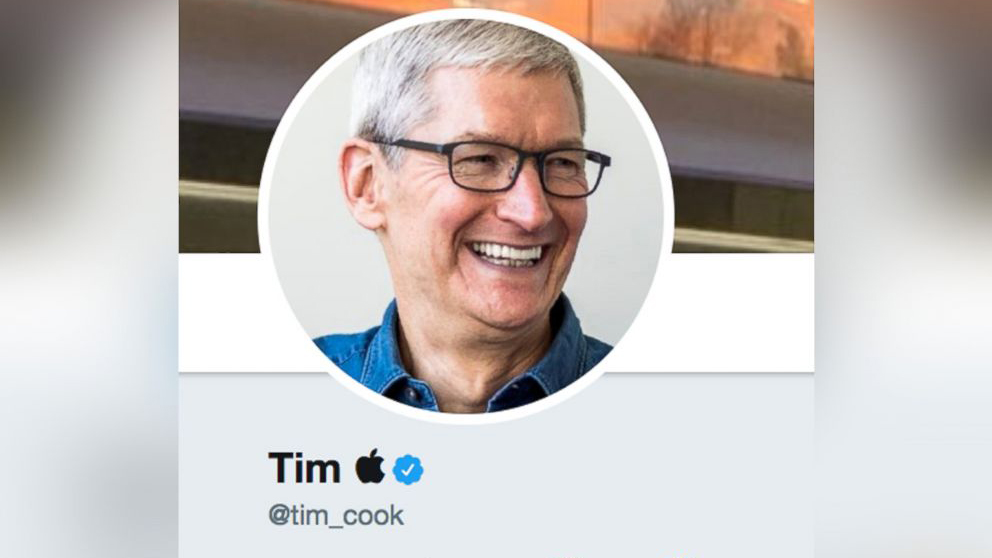 Tim Cook/Twitter(NEW YORK) — That’s Tim Apple to you, pal.
One day after President Donald Trump slipped up and called Apple CEO Tim Cook “Tim Apple” during a meeting of the American Workforce Policy Advisory Board at the White House, the tech executive had a bit of fun at the president’s expense.
Cook changed his Twitter name to “Tim Apple” on Thursday, with the Apple an emoji of his company’s logo.
Trump has not responded — via Twitter or otherwise — to Cook's jab.
As far as interactions between the two go, this one was pretty tame.
Cook has previously criticized Trump’s decision to withdraw from the Paris climate accord, condemned the president’s so-called travel ban, and pressured Trump to preserve DACA.
As a candidate, Trump called for a boycott of Apple during a dispute over the company’s role in unlocking the iPhone of the suspected San Bernardino shooter.