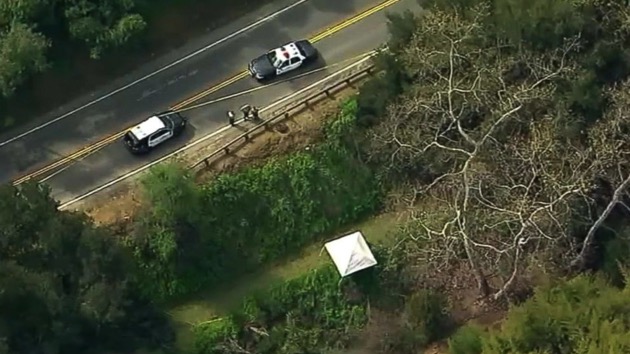 KABC(LOS ANGELES) — Authorities are asking for the public's help as they investigate the death of a young girl whose body was found in a duffel bag near a Los Angeles equestrian trail, officials said.
The unidentified girl was believed to be between 8 and 13-years-old, according to a statement from the Los Angeles County Sheriff's Department.
Her body was partially inside a black duffel bag when she was discovered in Hacienda Heights Tuesday morning by county workers, Lt. Scott Hoglund told reporters Wednesday.
There were no obvious signs of trauma, Hoglund said, adding that it's being ruled as a suspicious death.
The cause of death will be determined at an autopsy, Hoglund said.
Authorities have not determined if she was dead before being placed in the bag, Hoglund said.
A motive is unknown, Hoglund said.
Authorities described the girl as African American and thin, standing at 4 feet 5 inches tall and weighing 55 pounds. She was not wearing shoes.
Anyone with information is asked to call the Los Angeles County Sheriff's Department's Homicide Bureau at (323) 890-5500.
Copyright © 2019, ABC Radio. All rights reserved.