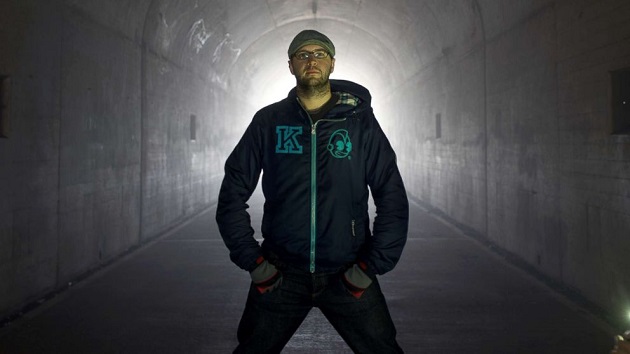 Dom Sagolla(OCALA, Fla.) — Tristan O’Tierney, co-founder of the mobile payment app Square, died last week while undergoing rehab for addiction in Florida.
O'Tierney, who was 35, died on Feb. 23 at a rehab facility in Ocala, Florida. His half-sister, Terri Cloud, told ABC News that the family was told he died from kidney failure but they didn't know the details and that the official cause of death was not established yet. It's unclear if his death was related to his addiction.
In addition to co-founding Square, he contributed to building former President Barack Obama's 2008 campaign app and worked as a developer at Yahoo, Apple, VMware and Tapulous, according to his obituary. After exiting Square he pursued photography as a passion.
O'Tierney was very open about his substance abuse on social media.
"Before I had any knowledge of even having addiction issues I was a tornado of fire. Strangely I kept running over large piles of gas," he tweeted in October 2017.
Almost a year later, he wrote in an Instagram post that has since been taken down, but remained on Twitter, "As some of you may know, I’ve been battling with addiction for these past few years. With some success. A lot of failure too though."
O'Tierney's death was a shock, Cloud told ABC News. He had been optimistic when she last saw him in mid-January when he visited her in Texas as he was driving from Los Angeles to Florida to check himself into rehab. He had spent the previous few months in Hawaii, which he documented with landscape photos on Instagram.
"He was in very good spirits and seemed very happy. There didn't appear to be anything wrong," Cloud said, adding that he was "pretty excited" that a magazine had featured his photos in December. "He's always been so generous in so many different ways."
Long before Square and even before Apple's App Store had even opened, O'Tierney had been working on iPhone games at Tapulous. Through a mix of serendipity, timing and mutual acquaintances, he ended up joining a team of developers who made the iPhone app for then-Senator Obama's first presidential campaign. O'Tierney happened to live in the same building as a couple of other developers on the team and walked by to say hello, just as Dom Sagolla and Raven Zachary were leaving.
"I’ll never forget him walking up, and the tone of his voice. Tristan just walked up and said, 'Hey Dom, hey Raven, what are you doing here?' It was the most innocent and friendly and inquisitive and curious voice. I’ll never forget it. It was the beginning of my friendship with him," Sagolla told ABC News.
O'Tierney was the last person on a 10-person team to make the app for Obama's campaign. The app took 18 hours of work per day for 21 days to go from an idea on a napkin to launching in the App Store, and it proved to be a groundbreaking tool for the first presidential election in the iPhone age.
"We got a phone call from Steve Jobs who goes on to thank the team," Sagolla said. "We weren’t allowed to talk about what happened and that we were working on this Obama app and he just called to thank us. I don't know how many times in his life he just called to thank anybody. At the time the app store was 6 months old and everything being built was games and utilities and trying to to make a buck, and then along come the 10 of us building something like activism, for a purpose other than ourselves. We’re bonded forever from that."
Raven Zachary, who organized the team for the Obama app remembered O'Tierney as a "fantastic guy, a great community builder,” in an industry of big personalities, Zachary told ABC News.
"Tristan was a person who is about as good-hearted as you could ask, dedicating himself to do something no one really gets selected to do, you put yourself forward," Sagolla said. "I just love that Tristan was there for Obama, he was there for Jack [Dorsey, founder of Twitter and Square]. His original sketches are framed and hang in Square's office. He’s not just a programmer but a designer too, and that’s a rare combination."
“Tristan was part of Square’s founding story and we are deeply saddened by his passing. Our thoughts are with his family and friends," the company wrote in a statement.
Sagolla said that when O'Tierney opened up about his addiction, he had offered to have O'Tierney move in and had even staged an intervention with their group of friends.
O'Tierney is the second high-profile tech founder to die in recent months. In December, the 34-year old co-founder of Vine and HQ Trivia, Colin Kroll, was found dead in his Manhattan apartment. The New York City Medical Examiner ruled his death an accidental overdose from fentanyl, fluoroisobutyryl fentanyl, heroin and cocaine, a spokesperson confirmed in an email to ABC News.
Sagolla said that life in the goldfish bowl of the tech industry remains high-pressure, even, or especially, at the highest levels of achievement.
"When I heard the news of his passing, it hit me really hard. This industry is really competitive, this town is really competitive, the Valley is really competitive, everyone knows everybody. It’s tempting to find every means you can to keep yourself positive and uplifted. And that’s never easy in the best of circumstances, without every social media post about yourself being about your company and looking like you're crushing it," Sagolla said.
"He had the empathy and ability to find — an artistry to find — the light where it was. So to have his gone from the world, it just hurts," Sagolla said. “He had an impact. He was a gentle, kind person who struggled greatly.”
Copyright © 2019, ABC Radio. All rights reserved.