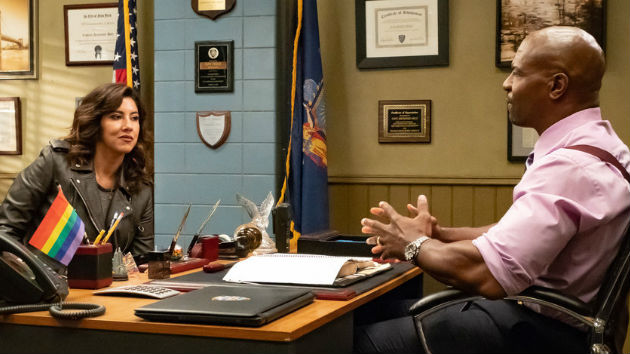 Last week, Crews was criticized for his response to a New York Times OP-ED piece titled "Why Does Obama Scold Black Boys?"

In his critique of the article, Crews argued that children need a mother and a father and called children of same-sex parents "severely malnourished."

"Another thing that bothers me is that this OP-ED was written by a WOMAN about how boys should be taught to grow into successful young men," he also tweeted. "How would she know?"

He later issued an apology for his use of the words "severely malnourished," and then Tuesday issued another apology, saying a talk with his bisexual co-star Stephanie Beatriz, really helped him understand why his comments were truly offensive.

"Had a great talk with @iamstephbeatz this morning on set that shed a lot of light on why the LBGTQ community were hurt by my comments," he wrote. "I want to apologize for anyone who was triggered or felt targeted. I was speaking out of my very personal experiences as a Black Father."

He continued, "And while these experiences for me are very true and real, these can differ greatly from the experiences of others. Being able to sit with @iamstephbeatz gave me a perspective I had not seen before."

"I believe men need to be more vulnerable in order to fix the many problems that we created and this starts with me," he added. "We don’t always have to agree, but we must always listen. I love every person on earth, and want to see every man, woman and child flourish."