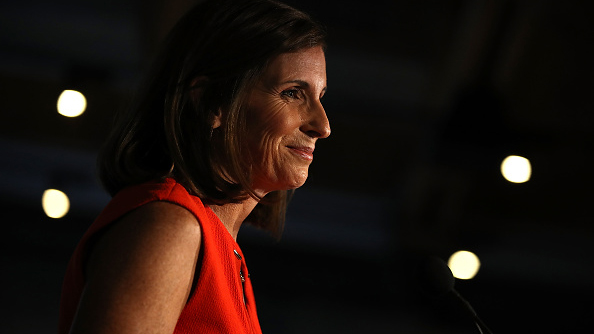 Justin Sullivan/Getty Images(WASHINGTON) — Sen. Martha McSally, during an emotional Senate Armed Services subcommittee hearing on Wednesday, said a superior Air Force officer raped her.
McSally, the nation's first female fighter pilot to serve in combat, told lawmakers that she was “preyed upon and raped by a superior officer."
"I also am a military sexual assault survivor, but unlike so many brave survivors, I didn’t report being sexually assaulted," McSally said. "Like so many women and men, I didn’t trust the system at the time. I blamed myself. I was ashamed and confused. I thought I was strong but felt powerless. The perpetrators abused their position of power in profound ways."
The Air Force said they were aware of McSally's comments, but did not provide further comment.
The Pentagon's annual report on sexual assault in the military will be released later this spring.
In January, the Pentagon released its report on sexual assault in military service academies, finding a nearly 50 percent spike in the prevalence of unwanted sexual contact at the U.S. Military Academy, the U.S. Air Force Academy and the U.S. Naval Academy.
Pentagon officials were concerned about the significant increase, as well as the fact that the number of incidents reported directly to authorities remained relatively unchanged.
McSally served in the Air Force for 26 years and mostly flew the A-10 fighter.