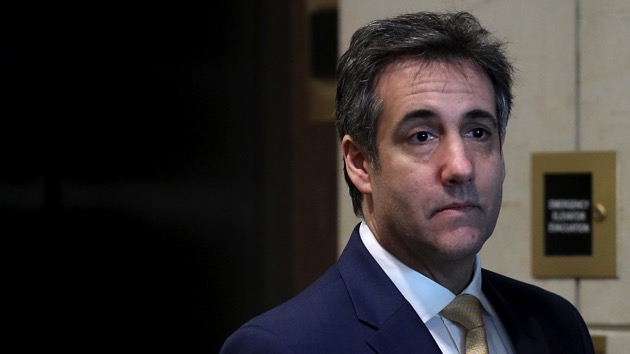 Win McNamee/Getty Images(WASHINGTON) — After a parade of hearings before three congressional committees last week, Michael Cohen, the former fixer and personal attorney for President Donald Trump, returned to Capitol Hill on Wednesday morning to complete his testimony before the House Intelligence Committee.
Cohen’s return marks his fourth appearance before Congress since last week, the highlight of which came during an open hearing before the House Oversight Committee. Cohen publicly described his decade working alongside the president, painting a damning picture of his former boss and accusing him of being a “liar,” “conman,” and “racist.”
Since then, the already tense relationship between House Democrats and the White House has reached a fever pitch.
On Monday, the House Judiciary Committee announced a wide-ranging probe into corruption and obstruction of justice, sending requests for documents to 81 people and entities associated with the president. The chairman of the House Oversight on Tuesday said he’s planning his next steps after the White House failed to comply with the panel’s deadline to submit documents related to “security clearance abuses.”
Meanwhile, Democrats on the House Ways and Means Committee are laying the groundwork for a fight over President Trump's tax returns, and the House Intelligence Committee, with whom Cohen is meeting Wednesday, announced earlier this week that it hired a former federal prosecutor with experience investigating Russian organized crime to lead their sprawling probe into the president’s alleged ties to Russia.
Pressure from Democrats sparked a vitriolic response from the president, who has sought to diminish the investigations as “witch hunts” and amount to little more than “presidential harassment.”
But as these congressional probes are heating up, another marquee investigation appears to be winding down.
Special counsel Robert Mueller is reportedly approaching the conclusion of his nearly two-year investigation into Russian interference in the 2016 presidential election.
Cohen’s testimony Wednesday comes two months before he is scheduled to report to prison. A federal judge sentenced him to serve a three-year term for crimes to which he pleaded guilty, including tax and bank fraud, campaign finance violations and lying to Congress.
Copyright © 2019, ABC Radio. All rights reserved.