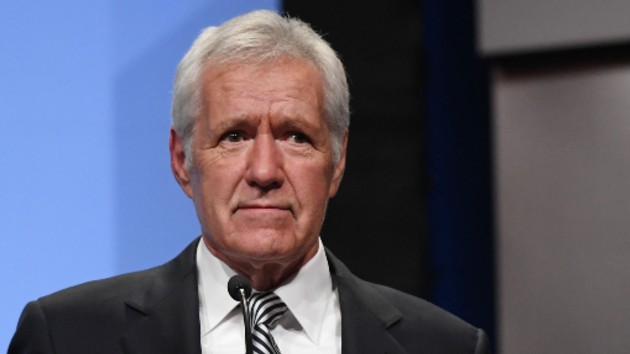 In a YouTube video, Trebek said, "Just like 50,000 other people in the United States this year, this week I was diagnosed with stage four pancreatic cancer."

"Now, normally the prognosis for this is not very encouraging but I'm gonna fight this," he added. "And I'm gonna keep working and with the love and support of my family and friends, and with the help of your prayers, also, I plan the beat the low-survival-rate statistics of this disease."

He then joked, "Truth told, I have to! Because under the terms of my contract, I have to host Jeopardy! for three more years! So help me! Keep the faith and we'll win. We'll get it done. Thank you.

Trebek, 78, has hosted the syndicated show for more than 30 years.

This isn't Trebek's first serious health issue. In January of 2018, he announced that he'd undergone brain surgery over the Christmas holiday to treat a subdural hematoma — blood clots on the brain — which he suffered as a result of a fall.

He also suffered a mild heart attack in 2012 and underwent knee surgery in 2015.