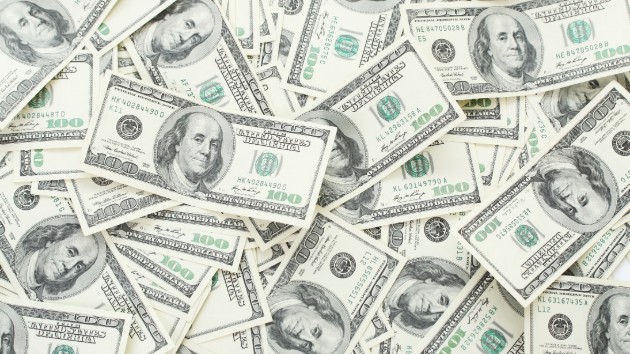 hynci/iStock(LAWRENCEVILLE, Ga.) — A Georgia mother was arrested for trying to scam her disabled son out of $200,000 in trust fund money, police said Tuesday.
Yvonne Longmire, of Lawrenceville, Georgia, was arrested last week on charges of false swearing, forgery and identity theft for allegedly lying in court to gain control of her missing son's trust fund, according to police.
Longmire, 58, appeared in court in December along with 23-year-old Maurice Ford, who she asked to pose as her mentally disabled son, Lee Earnest Longmire, police said.
"They convinced the probate court and the physician that Lee no longer had as severe a case of mental disability and no longer needed a conservator over his trust fund," the Gwinnett County Police Department said in a statement. "Maurice pretended to be Lee and presented false testimony and fraudulently obtained documents to support their scam."
The court relinquished $200,000 to Yvonne Longmire and Ford, but before the money could be withdrawn, the former conservator attorney and his paralegal became suspicious of Lee's identity, according to the statement.
"They realize that no one had physically seen Lee in several years," the department said. "An investigation was launched and Lee ultimately became a ward of the state and was provided a guardian through the Division of Family and Children Services."
Lee Earnest Longmire, 20, hasn't been seen publicly in several years, but his mother told authorities that he was "OK." She was ordered to turn him over to authorities, but she refused to tell police where he is located.
"The exact whereabouts or condition of Lee Longmire is still unknown," the Gwinnett County Police Department said in a statement Tuesday. "Several attempts have been made to have in person contact with Lee but they have been to no avail."
Yvonne Longmire turned herself in to police on March 1. She was booked into a detention center in Gwinnett County, Georgia, located a few miles northeast of Atlanta, where she was being held without bond.
Ford, who police say posed as the woman's son in court, was arrested in Arizona and is currently awaiting extradition to Georgia.
Copyright © 2019, ABC Radio. All rights reserved.