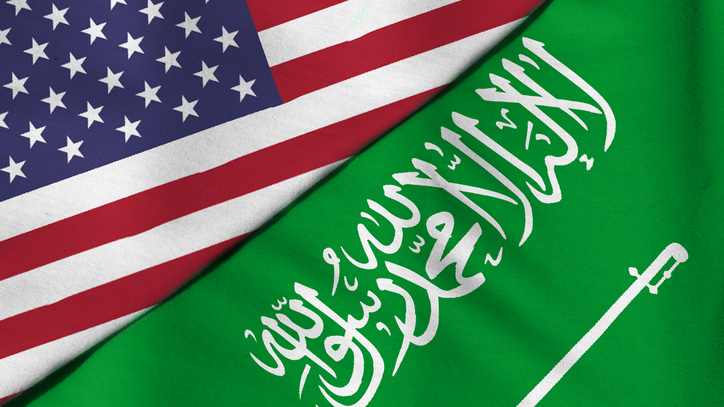 CIL868/iStock(WASHINGTON) — Incensed by Saudi Arabia's behavior in recent years and frustrated by the Trump administration's tacit endorsement of it, the Senate has spent months voicing its concerns, but the chorus on Wednesday was at its loudest with both parties in tune.
Republicans and Democrats both called out Crown Prince Mohammed bin Salman and Saudi Arabia's actions under his direction as "unacceptable," "outrageous," "aggressive," "abominable," and "untenable," among other choice terms, during a hearing for Trump's pick to be ambassador to the kingdom — a role that has not been filled over two years into his term.
But while the outrage on Capitol Hill has been repeatedly expressed, several senators are now also working to push legislation that would punish the Saudis for the killing of Washington Post columnist Jamal Khashoggi, the bombing campaign in neighboring Yemen, the detention and torture of a U.S. citizen, and more.
Last month, a bipartisan group introduced legislation that would mandate sanctions on anyone responsible for Khashoggi's murder and prohibit the sale of certain weapons to the Saudis. But so far, it has not been marked up by the Senate Foreign Relations Committee, whose chairman, Republica James Risch of Idaho, is closely aligned with the White House.
Risch has defended the administration's actions with Saudi Arabia, even as he has voiced concern with the actions of Prince Mohammed, sometimes known by his initials "MBS." While Senate Democrats and some allied Republicans have tried to work with Risch on this, that patience may already be wearing thin.
"Pressure is building quickly, and simple obstruction may not be the best strategy for the chairman," a Senate Democratic aide told ABC News, speaking on condition of anonymity because they were not authorized to speak.
The latest spark for more action was a classified briefing by Treasury and State Department officials on Monday after the administration failed to meet a congressional deadline to report on what role "MBS" played in Khashoggi's murder. The CIA has reportedly assessed that the crown prince, who also serves as Defense Minister and wields considerable power behind his father King Salman's throne, was involved — something Trump and top advisers like Secretary of State Mike Pompeo have denied.
But that briefing was blasted as "a complete waste of time" by Sen. Lindsey Graham, R-S.C.
"The witnesses who came to the hearing had no idea, no information about whether the president would ever comply with the law and reach a determination about MBS's complicity in the Khashoggi murder," Sen. Tim Kaine, D-Va., told ABC News Tuesday. "They couldn't answer our questions."
That has fueled further bipartisan outrage, which was on full display during the confirmation hearing Wednesday for retired Gen. John Abizaid, former head of U.S. Central Command. While he is widely respected and expected to be confirmed as ambassador to Saudi Arabia, he faced tough questions from both sides on how he would handle an increasingly aggressive Prince Mohammed.
In particular, Sen. Marco Rubio, R-Fla., laid out a laundry list of the crown prince's actions: His alleged involvement in the Khashoggi murder, kidnapping the Prime Minister of Lebanon, expelling the Canadian ambassador and canceling flights to Toronto over the Canadian foreign minister's statements about Saudi human rights, fracturing the alliance among U.S. Gulf partner countries, and arresting and allegedly torturing women's rights activists and American citizens.
"It seems like something out of a James Bond movie," Rubio said, adding MBS "has gone full gangster."
"He is increasingly untenable. He is reckless. He is ruthless. He has a penchant for escalation, for taking high risks, confrontational on his foreign policy approach, and I think increasingly willing to test the limits of what he can get away with — with the United States," Rubio said.
Notably, Risch voiced strong concerns, too, thanking the committee's top Democrat Bob Menendez for laying them out.
"The message needs to be strong … that they're making it very difficult for us right now, and the crown prince particularly is making this very, very difficult for us, and there are boundaries, and that's a real problem, it is a serious problem, and it's going to have to be addressed by the Saudis and by the crown prince," he said.
Abizaid deflected some of those concerns, saying that the Saudis have made improvements on cutting off funding and recruiting for terrorist organizations, that the U.S. should support MBS's reform plan known as Vision 2030, and that it wouldn't be his role to hold the kingdom "accountable."
"Ambassadors don't hold countries accountable, countries hold countries accountable," he told Sen. Jeanne Shaheen, D-N.H.
But when pressed on whether he will speak up for human rights, Abizaid said he thought he had been clear: "We should not accept these outrageous sorts of problems such as the killing of Jamal Khashoggi, that we shouldn't accept the torture and detention, the alleged torture and detention of an American citizen."
That American citizen is Walid Fitaihi, a Harvard-trained doctor who reportedly has been detained for months, at times stripped, beaten, and whipped so severely that he could not sleep on his back for days, according to the New York Times.
The State Department confirmed Tuesday that Fitaihi has been detained in Saudi Arabia and visited a couple of times by consular officials from the U.S. Embassy. Deputy spokesperson Robert Palladino declined to discuss his condition.
Abizaid said if confirmed, he would press the Saudi government on Fitaihi's detention.
"These short-term problems have to be solved now," Abizaid said. "It requires forceful discussions on the behalf of the United States with the government of Saudi Arabia, and I am prepared to have those discussions if you confirm me."