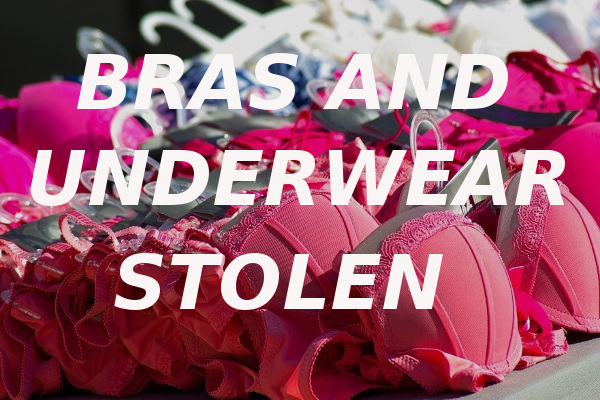 Bell Township, PA – A thousand dollars’ worth of underwear was stolen from a home in Jefferson County.

The 29-year-old woman and 32-year-old man say someone went through the unlocked backdoor at their home along Bair Road in Bell Township, near Punxsutawney.

It happened either last Saturday night or early Sunday morning, March 2 or 3.

The thief stole about $1,000 worth of bras and underwear, many of them name brands from Victoria’s Secret, American Eagle, Ethica, and Fox Racing.

They also stole three pairs of shoes worth a total of $210, including the brands Nike, Blowfish, and Sperry.

Police found footprints that lead from a gas well access road on Million Road to the victims’ back porch.

If you know who might have been involved in the theft, please call State Police in Punxsutawney at 814-938-0510.