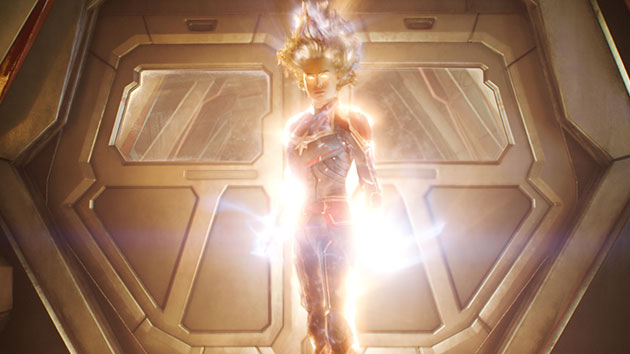 Marvel Studios/Disney(LOS ANGELES) — It was all about powerful women taking the lead at Monday's Hollywood premiere of Captain Marvel.

On the red carpet, Ming-Na Wen, who plays the butt-kicking Agent Melinda May on Marvel's Agents of S.H.I.E.L.D. on ABC, said her character shares a trait with Brie Larson's Carol Danvers/Captain Marvel, in that they're both strong female role models.

"This is the first time Marvel has had a female lead in a film. And it is so important," said Wen. "We need to continue to always hone in on that message that women are strong, women are powerful, women can be leaders."

Wen's Agents of S.H.I.E.L.D. cast mate Natalia Cordova-Buckley, who plays Agent Elena "Yo-Yo" Rodriguez, agrees: "We’re showing little girls that they don’t have to choose between being powerful or strong and loved and accepted. That there’s no choice anymore. You can be powerful and be loved. You can be strong and be accepted."

Speaking of those little girls, actressMcKenna Grace — who plays Danvers as a young girl — is already getting the message. "It’s just amazing because she's just this awesome, strong female superhero and it’s so great to see that the females are taking the lead!" she says.

Sean Gunn, who's best-known as Kraglin the Ravager in Marvel's Guardians of the Galaxy movies, hopes Captain Marvel is the start of a trend.

"I look forward to a day when it doesn’t seem like such a big deal that it’s a female-led movie," says Gunn. I hope that that day comes a lot sooner rather than later."