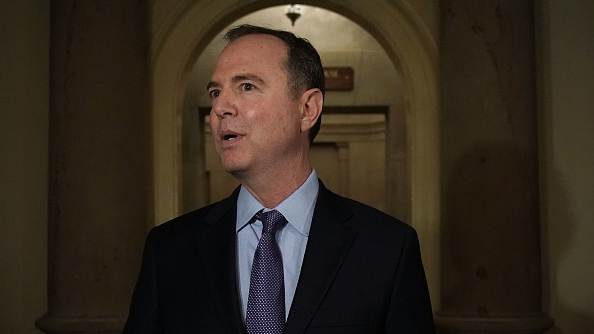 Alex Wong/Getty Images(NEW YORK) — A former federal prosecutor who oversaw investigations of Russian organized crime for the Southern District of New York is joining the House Intelligence Committee staff.
Chairman Adam Schiff announced on Tuesday that he has hired Daniel Goldman, a former assistant United States attorney, to lead the committee’s already robust investigation into President Donald Trump’s alleged ties to Russia.
Goldman’s hiring was first reported by the New Yorker and then confirmed by ABC News.
For a portion of his time with the Southern District of New York, Goldman oversaw the prosecution of Russian organized crime, leading the prosecution of racketeering and money laundering crimes.
As part of the committee’s investigation, members met with Trump’s former lawyer Michael Cohen in a closed-door session last week, and are expected to meet with Cohen again on Wednesday.
Schiff and House Financial Services Chairwoman Maxine Waters have also said they’ll team up to investigate alleged ties between Trump and Deutsche Bank.
The House Intelligence Committee is also gearing up for a March 14 public hearing with Felix Sater, a Soviet-born businessman and former Trump adviser who featured prominently in ill-fated plans to build a Trump Tower in Moscow.
Schiff said in a statement that he looks forward to working with Goldman and others as his committee continues to “perform important oversight and investigative work to ensure the security of our country and its institutions.”
ABC News has reached out to Goldman for comment.