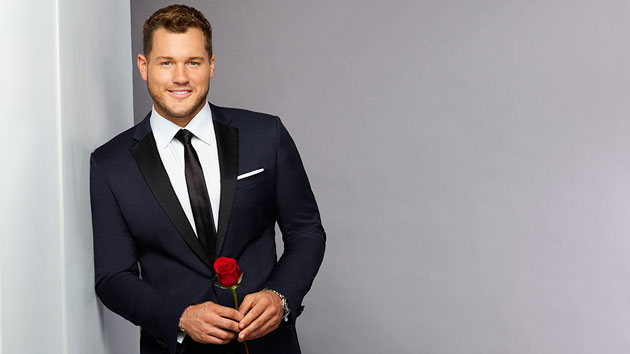 ABC/Craig Sjodin(NEW YORK) — On Monday’s highly anticipated episode of The Bachelor, the teasing is over. We finally learn what drives Colton Underwood to that infamous jump over the mansion fence that the show's been teasing with glimpses of it all season.

The episode begins with Colton nervously anticipating the upcoming Fantasy Suites, as he and the three remaining women — Cassie, Hannah G. and Tayshia — head to Portugal.

First up, Colton and Tayshia continue their high-flying dates with a breathtaking helicopter ride to Cabo Sao Vincent. Both say they’re ready to take their relationship to the next level. Over dinner, they share a conversation about intimacy, during which Tayshia reveals that that her ex-husband’s infidelity led to their divorce. Afterward, Colton hands her an envelope that holds the key to the Fantasy Suite.

Despite waking up together the next morning, Tayshia reveals to the camera that they “didn’t share the 'physical intimacy'” she'd wanted, but that their night together “validated [her] feelings for him.” Colton has a slightly different take on their sleepover, explaining that he wasn’t ready to take the next step with Tayshia because he’s “falling in love,” but isn't yet “in love” with her, and still has the other two women on his mind.

Colton does admit that he's “falling hard" for Cassie, though she’s still apprehensive about taking the next step with him. After a pleasant day of sightseeing in Tavira, Portugal, Colton tells Cassie that he failed to get her father’s approval to propose her, adding to her uncertainty.

Then, in a surprising twist, Cassie’s father, Matt, suddenly shows up to let her know he’s not convinced she’s ready for a commitment, and urges her to tell him how she truly feels, even if it means going home. After some soul-searching, she decides that leaving is the best choice.

In a dramatic exchange, Cassie reveals her plans to Colton, explaining that she doesn’t think she can “get there” with him. Visibly shaken, Colton begs her to stay, insisting that he doesn’t want to lose her, even if it means ending the season without an engagement. When Cassie asks how he can be sure of that with two other girls still the mix, the real truth comes out: Colton tells Cassie, “at the end of this, I want it to be you.”

In spite of his declaration of love for her, Cassie tells Colton that staying would be “the wrong decision” for her, and, after a long goodbye, the two go their separate ways.

That leads to the moment we’ve all been waiting for. After disappearing behind the door to his room, Colton is heard saying, “F*** all this. I’m done. I’m done with this.” He then reappears and jumps the mansion’s high fence. Host Chris Harrison and the crew follow him, but Colton is gone.

The Bachelor returns Tuesday night at 8 p.m. ET with a special “Women Tell All” edition, followed by a new episode on Monday.